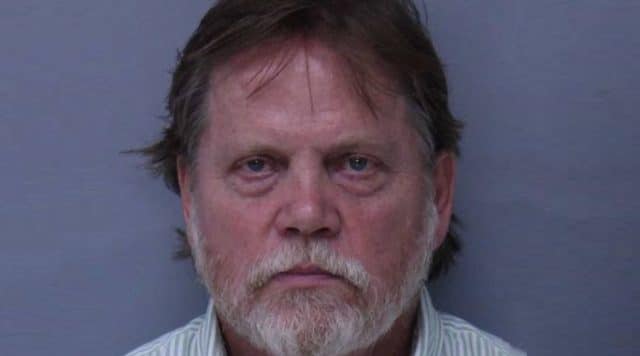 A Florida pastor has been arrested after he allegedly wrote a homophobic slur on his waiter’s receipt and then stuffed it down the restaurant manager’s blouse after she confronted him outside over the homophobic comment, police say.

Frederic Sterry Smith, 62, of St. Augustine, Florida, was charged with simple battery following the incident at the Milagro On 12 Latin Kitchen restaurant on July 27.

Smith was out dining with a female companion when he allegedly wrote “if he wasn’t gay,” and a zero-dollar tip on his waiter’s receipt, reports Naples Daily News.

The male server showed his manager the receipt, who then walked outside to speak to Smith about it.

St. Augustine Police said Smith admitted to writing the slur on the receipt. He then snatched the paper from the manager and ripped it up.

Smith then grabbed her by the collar and stuffed it down her shirt, touching her breast.

An eyewitness told police that Smith had warned the manager that he would “(expletive) rip it up in front of her face,” before doing so.

When police tracked down Smith, he allegedly became verbally abusive and irate while being questioned, telling police, “I can say whatever I want, to whoever I want.”

He denied touching the woman during the confrontation.

The Naples Daily News reports that Smith works as a minister and president at Servant’s Heart Disaster Relief, a St. Augustine-based nonprofit and evangelical ministry “devoted to helping hurricane victims in North America and the Caribbean.”