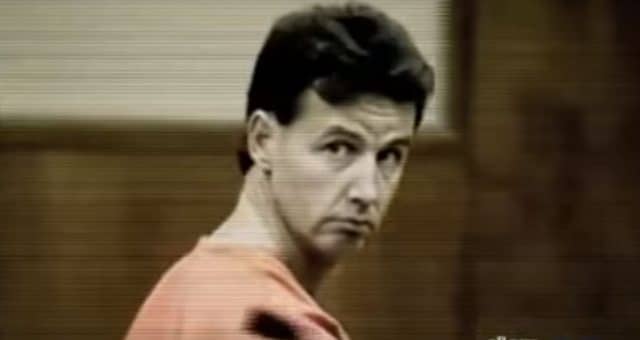 Bowles, 57, was sentenced to death for the 1994 murder of Walter Hinton, but he also confessed to killing five other men in Florida, Georgia, and Maryland.

The State said evidence gathered by police suggest Bowles possessed a hatred of homosexuals and targetted his victims because they were gay.

Bowles reportedly agreed to help Hinton move from Georgia to his mobile home in Jacksonville. In exchange, Hinton let Bowles live with him.

One night, while Hinton slept, Bowles dropped a 40-pound concrete block on his head, causing a fracture from Hinton’s right cheek to his jaw. Hinton woke up, but Bowles then strangled him to death.

After Bowles’s arrest, police say he confessed to killing Hinton, as well as the other men. Bowles reportedly confessed to beating and strangling another roommate, John Hardy Roberts, in Daytona Beach; strangling David Jarman and then stealing his car in Wheaton Maryland; strangling 72-year-old Milton Bradley and dumping his body on a golf course near his home in Savannah, Georgia; and strangling and shooting Albert Morris in Hillard Florida.

Bowles eventually pled guilty to three homicides and he received a death sentence for murdering Hinton.

In each case, the alleged killer hung out in gay bars. When he met a likely prospect, he would offer household chores and sex in exchange for a place to stay. Then, after a short period, he would violently kill his benefactor and steal money and, if possible, a car to take him away from that locale.

In each case, the violence used was far more than needed simply to kill the victims. Though they were usually robbed, there’s reason to doubt that as a motive. The killer was skillful enough at gaining the trust of potential victims to make their deaths unnecessary.