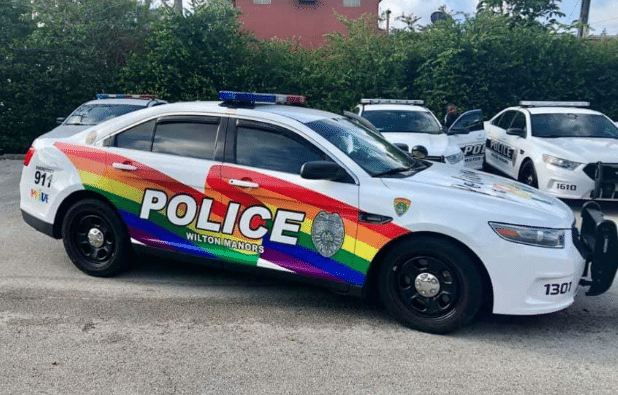 Just in time for a 5K Pride run a couple of weekends ago, the Police Department in Wilton Manors, Florida, unveiled their new squad car. In a clear display of support for the local LGBTI community, it bears a huge rainbow design.

The Broward County city is one of the most LGBTI-friendly places in the US. It has a sizeable LGBTI population. In fact, following last November’s elections, its entire council is populated by LGBTI people. That makes it only the second US city to make such a claim, after Palm Springs in California.

‘Although, our Wilton Manors Police Department “Policing with Pride” vehicle is new, the meaning behind it and this initiative is not,’ police officer Jennifer Bickhardt Graziose told Gay Star News.

‘The Wilton Manors Police Department is committed to policing with a passion for our profession and with compassion for those we serve. Every day we protect and serve everyone in our community no matter who you are, what you look like, where you are from, or who you love.

‘Each Wilton Manors Police Officer is sworn under oath to “Protect and Serve” and to “Police with Pride” – Pride toward themselves and each other, Pride toward the Badge and Pride for our Community.’ 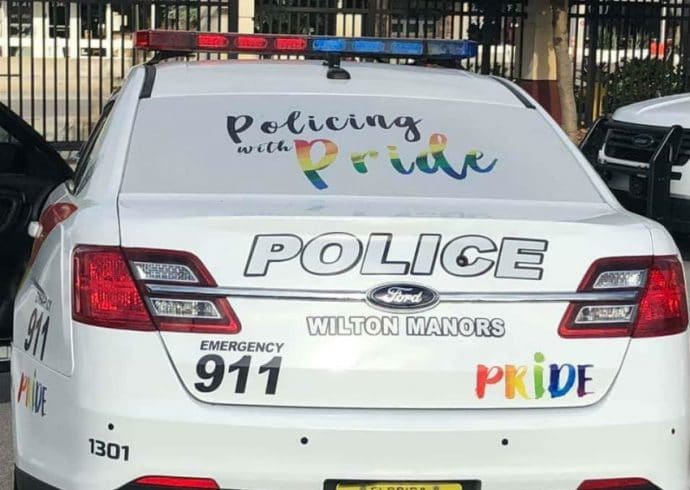 She said the department was committed in standing up to hate.

‘Together, we can take a stand against hate. We encourage anyone in our community who has been the victim of a hate crime – regardless of the nature or type of incident – to come forward, report the crime or incident. Work with us to bring the perpetrators to justice.’

Local resident, Joe Minotto, told Gay Star News, the vehicle – and message behind it – impressed him. He took the photos here when he spotted it outside City Hall recently. 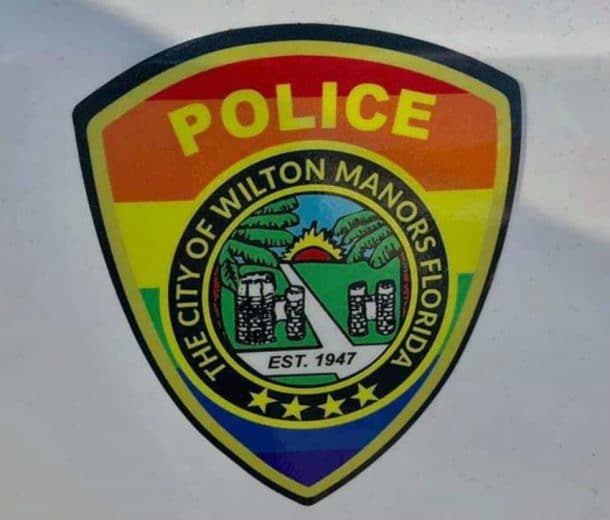 ‘To have the city show support to the gay population is everything. Especially when our federal government has been stoking hatred and fear. Being visible is important.’

‘Things are changing here in our county,’ noted Minotto.

Florida man arrested for stabbing friend in the neck after sex