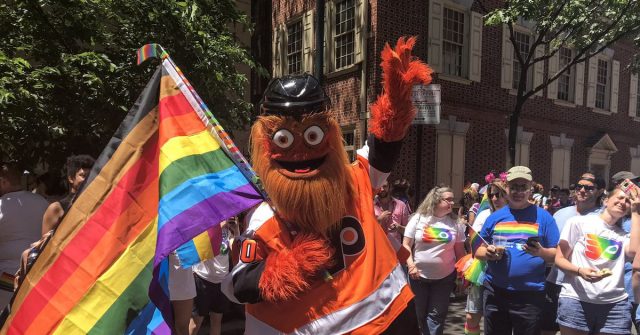 Last weekend, Philadelphia held its “largest ever” Pride Parade through Center City. And amidst the usual menagerie of floats, costumes, and celebration, a bit of news emerged that marked one of the most exciting developments to hit Philly’s LGBTQ community in the past year:

Gritty is an ally.

The Philadelphia Flyers are one of many NHL teams to enter their city’s Pride Parade. And in 2019, they decided to up the ante on the rest of the league by making hockey’s most popular mascot front and center.

At the beginning of the 2018-19 season, the Flyers unveiled Gritty, who looked like the answer to the question “What if the Jim Henson company created a muppet out of the ‘Two Minutes for Cross Checking’ penalty?” Simply put, from the day his costume first leaked to the internet, Gritty was Philly sports culture. 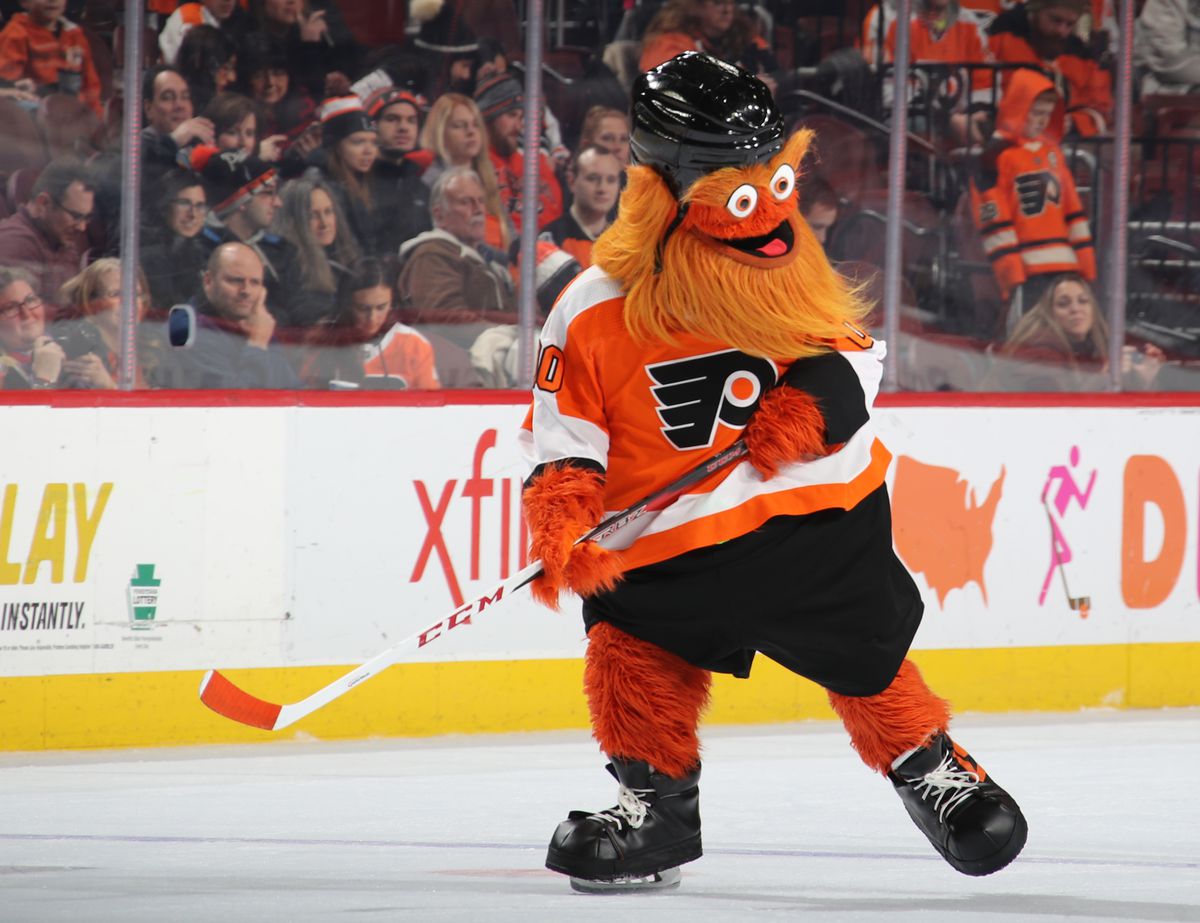 And during Pride, Gritty again stole the city’s heart, leading the Flyers parade float with rainbow flag proudly in hand. As if to make his feelings about inclusion as clear as possible, Gritty took time from marching in the parade to tweet the following sentiment…

It gets better. Look closely at the rainbow flag in Gritty’s orange hands. It includes brown and black stripes and according to Teen Vogue, it’s meant “to represent the racial diversity of the LGBTQ community.” This special Pride flag also originated in Philadelphiam so in one image, Gritty represents the coming together of all races and sexualities in a show of city pride. Not bad for a mascot less than 1 year old.

There are further benefits to having Gritty as an ally for the community. For one thing, he’s all about body positivity. 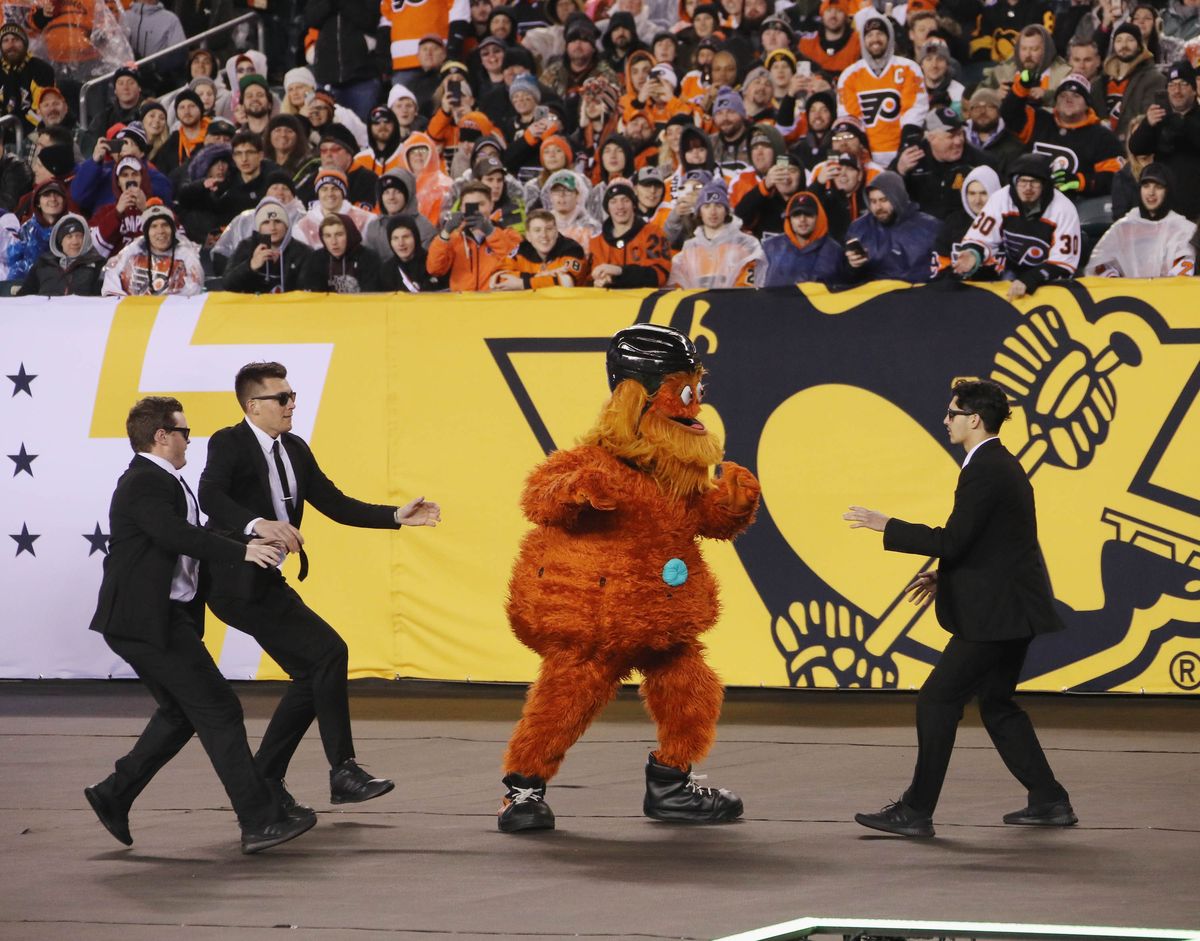 If this doesn’t lead to an endorsement deal with Growlr, nothing will.Photo by Bruce Bennett/Getty Images

For another, like the city he represents, the Flyers mascot is unafraid to bluntly speak out for himself at all times, especially when he feels crossed or threatened. When the Pittsburgh Penguins mocked Gritty’s introduction with a dismissive “lol ok,” the face of Flyers hockey tweeted back the ominous warning: “Sleep with one eye open tonight, bird.”

Knowing they’d crossed a line and were clearly overmatched, the Penguins immediately backed off. In just one tweet, Gritty showed the way to victory over cyberbullies everywhere and that he’s on our side. Because orange is an essential color of the rainbow.