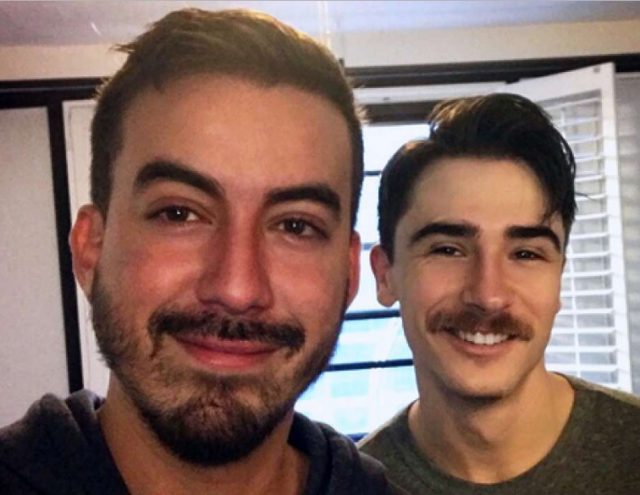 I cheered when some of my friends on Facebook were booking their flights to San Francisco and Folsom Street Fair. When friends stated they were going to Southern Decadence in New Orleans I told them be careful and be safe.  Was my cheers and warnings backwards?

What was supposed to be a weekend of revelry and excitement for two friends in town for San Francisco’s Folsom Street Fair turned ugly Saturday night when five assailants attacked the men with pepper spray for no apparent reason other than they are gay.

The violence was particularly shocking for Neil Frias and Jeff White, both 28, because they were assaulted in a city lauded for its progressive values and broad acceptance of the LGBT community.

“I’m trying to make sense of it,” Frias, who works as a publicist in Manhattan, said Sunday. “I would think what happened last night would happen somewhere else, not here.”

Frias and White said they were attacked at about 9 p.m. outside a McDonald’s at Golden Gate Avenue and Fillmore Street in the city’s Western Addition. As Frias left the fast-food restaurant, he said five men pulled up in a blue minivan. “They were saying, ‘You fags are destroying family values,’” Frias said. “I said I didn’t want any trouble, and one of them got out of the van. I thought he was going to take a swing at me, but he sprayed me across the face.”

Frias said he was hit with the unmistakable “searing sting” from the pepper spray as a second man came at him with another can of the aerosolized weapon. A third assailant, he said, attacked White, who crawled into a ball to protect his face from the painful blast.

“I was completely vulnerable,” he said. “I thought they were going to start beating me.” –sfgate.com

To hear more about the attack on the two men as well as some eye witness accounts, head over to SFGate.com for their entire report.

Did you see any violence during any of your time at Southern Decadence or Folsom Street Fair?

Do you let this affect your travel plans?

I do warn my friends about New Orleans and being safe there.  It is a wonderful city and like every city, it does have crime and violence, but I do not let that stop me visiting “The Crescent City” once or twice a year.