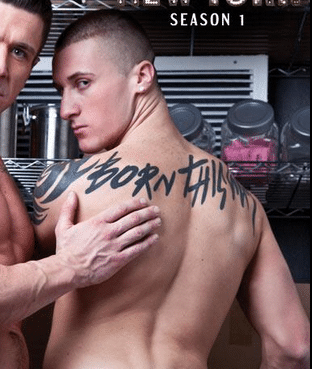 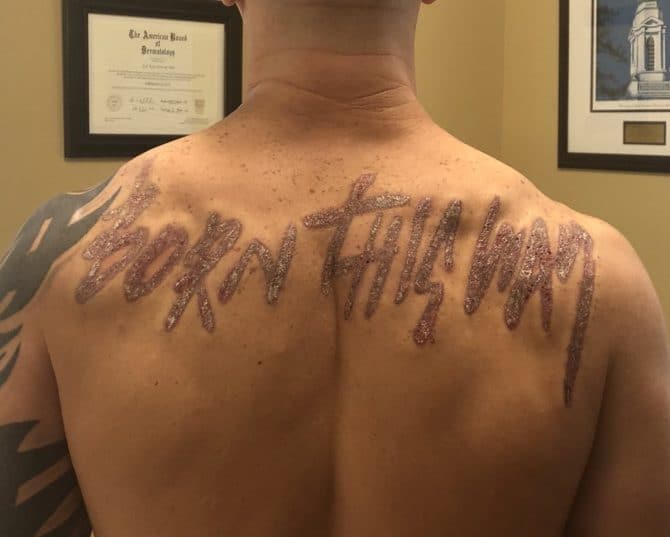 Kline rose to prominence in part because of the “Born This Way” tattoo. The ink made him easily identifiable and helped him build a large, excited fan base. His career took a much-justified nosedive, however, when he declared he would never have sex with a black man. Because it’s all about the skin pigment, you know.

Now Kline has tweeted images (though his entire account has since been deleted) of his famous tattoo after undergoing laser removal. It didn’t go well.

“Word of advice,” Kline tweeted. “Don’t get a stupid tattoo at 19. Laser removal sucks,” noting the scar which still embosses the design on his back.

Personally, we thought the tat was bold and cool.

Maybe he wishes he would have picked a different song?