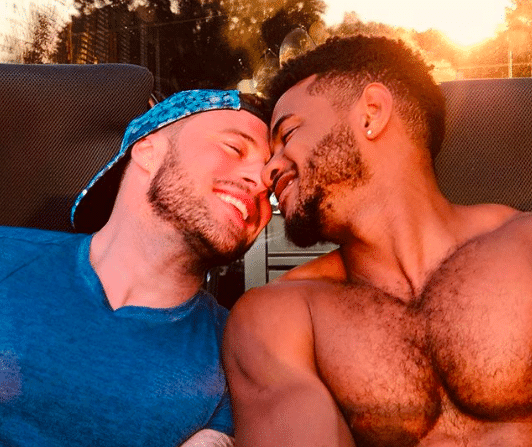 Duncan James, who achieved international fame in the early ’00s as a member of the British boy band Blue, introduced the world to his new boyfriend in an Instagram post over the weekend.

Blue has sold over 15 million records worldwide and headlined eight tours between 2002 and 2018. The bands first three albums all peaked at #1 in the U.K. and spawned an impressive 16 hit singles over a four-year period.

In his latest post, 41-year-old James can be seen snuggling up with his new boo, Rodrigo Reis, along with the caption: “Cute pic alert!! Such a beautiful person inside and out. Thankyou @rodrigolopesreis for making me smile.”

In a followup Twitter post, James went on to say he’s now “happy in [his] skin” and “proud 2 be gay” writing:

James initially came out as bisexual in 2009. In 2014, he clarified that he now identifies as gay, though he said labels really aren’t that important to him.

Speaking to Gay Star News at the time, he explained: “I’m a gay guy. I like men, so that makes me gay. Don’t get me wrong, I think people can be bisexual. When I came out as bisexual at the time, it was just easier to use the word. I do say I’m gay, but I don’t really care about labels. I don’t really care if people want to call me bisexual or gay.”