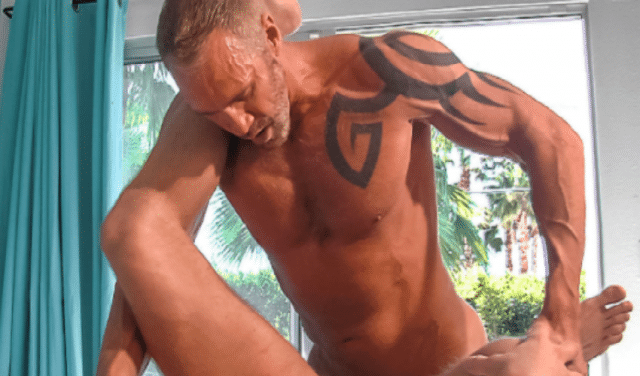 He left his job as a weatherman after being told by the network boss his co-workers did not like him.

‘I am as comfortable in a suit as I am a jockstrap,’ Dallas has said.

The death rendered him homeless and in great financial difficulty.
The stress of everything was beginning to have an impact on his health.

Then he left his job. 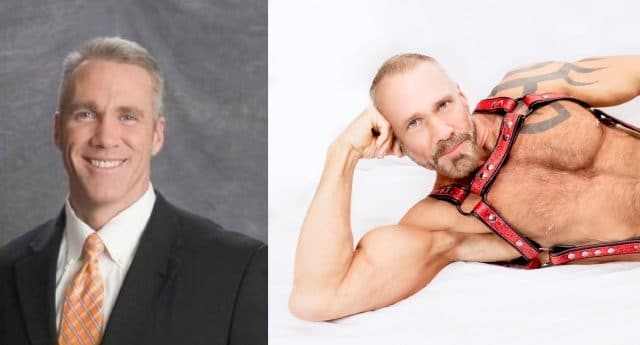 ‘It was a good thing getting released from my contract’, Dallas says. ‘I’m much more successful in every measure than I ever was before.’

He adds: ‘I’m much more successful in every measure than I ever was before.’

‘Is this what a mid-life crisis looks like nowadays?’ one person says.

‘If this is the gay mid-life crisis, I’d rather be straight,’ adds another.

Dallas said in response: ‘They’ve obviously decided at some point that there are limitations about who you can be and what you can do once you hit 40.’

‘I’m sorry if the haters have decided that gays over forty are supposed to put on the board shorts, move to the suburbs and settle down to bridge parties once per week. I don’t plan to ever go quietly into the night.’

He recently got butt implants, paid for by an escorting client.