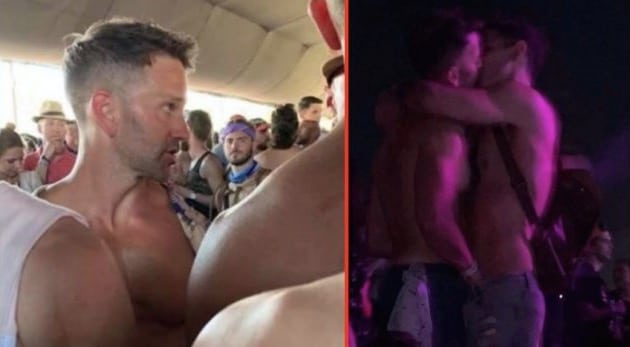 Former GOP Congressman Aaron Schock appears to have had a magical weekend, flocking to the desert with upwards of 100,000 other attendees for the Coachella Valley Music and Arts Festival, known simply by its Cher or Madonna-esque first name, Coachella.

According to multiple eyewitnesses, Schock spent the festival with his gay friends, dancing his heart out. Fun! He also reportedly got intimate with a guy or two, finding those precious carefree lip-locks every queer person dreams of having out in public.

There’s just one problem: While serving as the United States Representative for Illinois’ 18th congressional district from 2009 until 2015, Schock’s voting record read like the CliffsNotes of the Religious Right’s antigay playbook. Among his political positions, he voted against adding ‘sexual orientation, gender identity, gender and disability’ to the federal hate crime protection groups, against the repeal of ‘Don’t Ask, Don’t Tell,’ and for the Defense of Marriage Act, which defined marriage as between a man and a woman.

His politics at one time earned him a 0 percent approval rating from the Human Rights Campaign for his opposition to LGBTQ equality.

Schock’s sexuality and all-but-likely hypocrisy have long been sources of speculation, and those who alleged to have seen him living his circuit queen fantasy at Coachella are crying foul.

First among them was West Hollywood political activist (and sometimes Queerty writer) James Duke Mason, who shared photos that appear to show Schock with his friends, along with the following commentary:

Normally I wouldn’t comment on something like this, but I am just infuriated by these images of former Republican (and anti-gay) Congressman Aaron Schock partying with a group of gay men at Coachella. The fact that he would think he could show his face in public, particularly when he has NEVER renounced or apologized for his votes against gay marriage, gays in the military and against anti-discrimination laws is astounding. My intention isn’t to out him or target him personally, but simply to point out the hypocrisy. I saw him at a recent gay social event in West Hollywood and shook his hand before I realized who he was; he should really be ashamed of himself. And the gays who associate with him without calling him out should know better. It really is a disgrace.

Normally I wouldn’t comment on something like this, but I am just infuriated by these images of former Republican (and…

Schock is allegedly second from the left in the photo on the left and front and center in the one of the right.

In researching the photos, we discovered the group shot posted to the public Instagram account of one of the men posing with Schock. Among those who ‘liked’ that post was Aaron Schock himself. The post has since been removed, and the man has switched his account to ‘private.’ Queerty obtained a screenshot before the post disappeared showing the former Congressman liking the photo, but we’ve removed it at the request of the man whose account it came from, who requested anonymity. 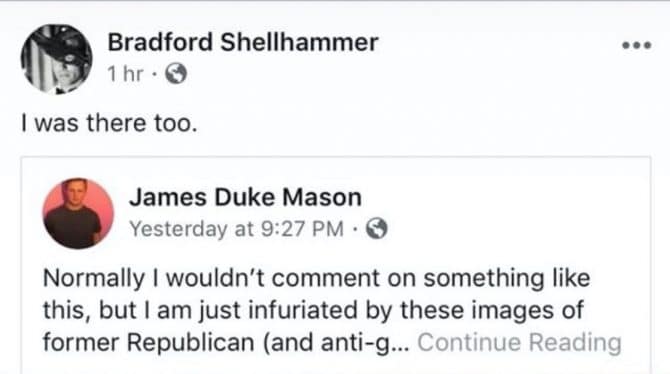 To the claim of “making out with guys,” a source shared an additional photo with Queerty, claiming it shows Schock doing just that, with his hand down the man’s pants: 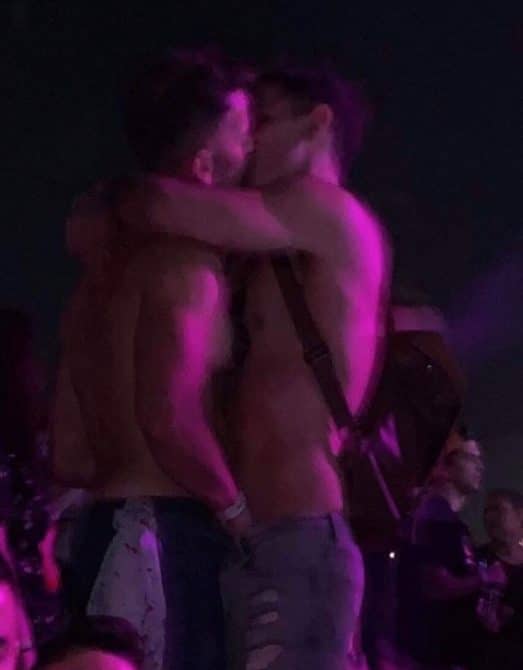 While it is the position of Queerty not to out public figures, we make one serious exception when someone has actively hurt LGBTQ people or causes and refused to own up to it. If the photos and accounts are accurate, Schock is out enjoying freedoms won through the sweat and blood of a community he directly harmed at every step of his political career. We would be thrilled to learn that he has changed his opinions about his community and renounced his past, but there is not yet any evidence he has done so.

“I think Aaron has a lot of explaining to do,” said noted journalist Itay Hod, senior writer at the Hollywood site The Wrap who first outed Schock in 2014. “While we are all sympathetic to the struggle of coming out of the closet, for years Schock was one of the most homophobic members of Congress, actively working against the community. I think he owes the LGBTQ community an apology before we embrace him as a private citizen.”

We have reached out to Schock on Instagram to ask whether he’s officially come out and if he regrets any of his anti-LGBTQ voting record and as of press time had not heard back.

This post will be updated should the former Congressman decide to reply.