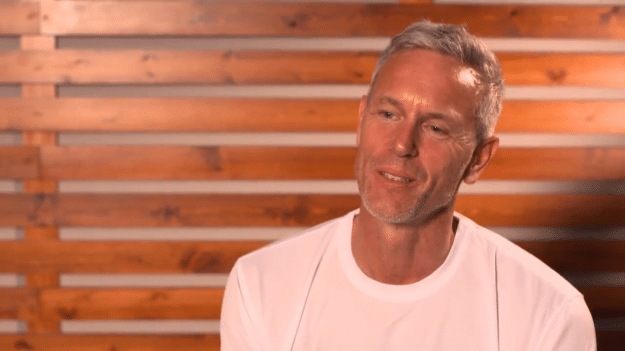 Mark Foster is a five-time British Olympic swimmer, a six-time world champion, a setter of eight world records, and a BBC sports commentator.

And now adding to that list, Foster has come out as gay.

The 47-year-old commentator spoke to the Guardian to share his truth because despite having a good support group of friends and family in private, he was tired of lying to the public.

“It’s not like I’ve been pushed to come out,” he told the Guardian, “I’ve just swerved and swerved. Telling half-truths and not being my true self is only hurting me. I’m 47, a middle-aged man, and I’m no longer competing. And I’m not the first gay sportsman to come out. Gareth Thomas and Tom Daley led the way.”

Foster echos the fact that being an openly gay athlete is still rare and some would say taboo.

He says that since the age of 17 he found it hard to voice out the fact that he is gay. That only became harder as he became a professional athlete.

Mark Foster was even comfortable enough to share that his fears of coming out go beyond that. His fears were deeply rooted in avoiding vulnerability.

“Sharing stuff was always the problem. I’ve got used to avoiding the truth and I never spent much time looking in the mirror. It’s a fear of being vulnerable because if you open yourself up you could be hurt.”

Foster shared that he started to see a therapist to understand his feelings and fears.

“It was really hard but I soon found I could tell him the truth because I didn’t really know him. He also won’t judge me and what I say stays with him.”

But even more, the real catalyst for Foster sharing this part of his life was the death of his father and the realization that he’ll never be able to share more of his feelings with the man.

Now, Mark Foster is open to sharing not only his present, but also his past in terms of his experiences due to this sexuality.

Foster then shared that he thinks the last hurtle for gay athletes is in football.

“Football is a weird testosterone-driven world and it’s the last bastion. But if a gay footballer came out it would change so many attitudes.”

In the meantime, younger gay athletes have a newly out role model in Mark Foster.