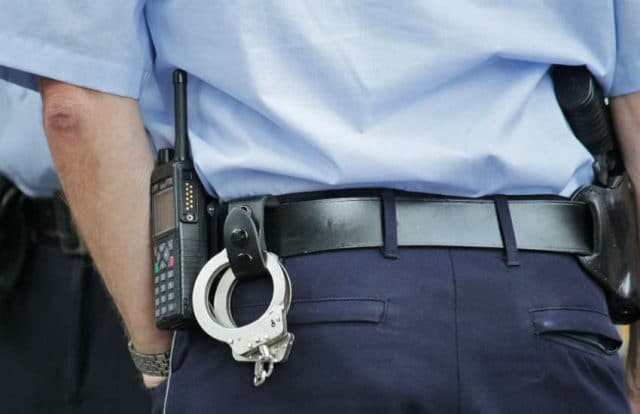 A court awarded a police officer $1.8 million after homophobic abuse from his police chief.

A Monmouth County jury, in New Jersey, awarded the money to Kenneth Hagel, 50, from Point Pleasant. He says the chief discriminated against him because of his military service and refused to promote him to sergeant. Hagel was a member of the US Navy Reserves in Lakehurst, New Jersey, for more than 30 years.

Hagel also claims the chief was homophobic towards him.

The suit, originally filed in 2014, claimed Chief Kevin Davenport believed Hagel to be gay, according to . Allegedly, the chief engaged in sexual harassment and discrimination.

Hagel identifies as straight and is married to a woman.

According to the lawsuit, Davenport abused Hagel in multiple ways. He made a fake license plate with the words ‘I’m Gay’ before taping it over the rear license plate of Hagel’s car.

Hagel claimed Davenport prevented him from getting a promotion in 2013 and 2014. This is due to both the homophobic discrimination and anti-military beliefs.

The jury determined Davenport ‘engaged in egregious conduct against’ Hagel and found him guilty of discrimination. The court awarded Hagel $262,800 in compensatory damages for his lost salary and benefits, $500,00 for emotional distress and $1 million in punitive damages.