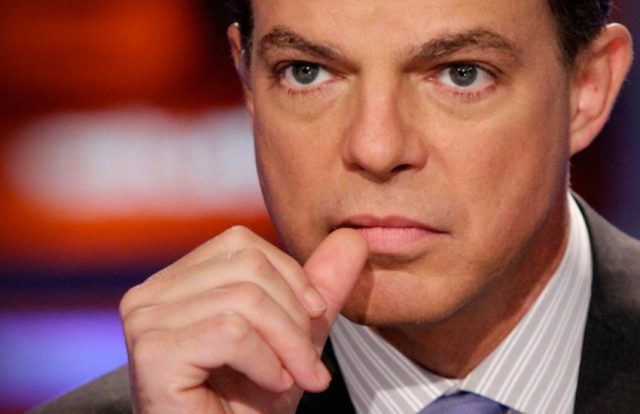 Fox News anchor Shepard Smith is opening up publicly for the first time about his struggle to come out as gay.

‘It wasn’t until like seven or eight or nine years ago I started living my truth,’ Smith told an audience recently at University of Mississippi’s Meek School of Journalism and New Media where he was once a student.

Smith admits that he hid behind his work in order to avoid dealing with being gay.

Smith had a Methodist upbringing and even got married to a woman from whom he was divorced in 1993 after six years.
He lists the reasons he remained closeted: ‘A. You’re going to hell for it. B. You’ll never have any friends again. C. What are you going to tell your family?’

He adds: ‘And by the way, you’re on television on the craziest conservative network on Earth. That will probably put you in front of a brick wall. Of course none of that was true, but that’s how it felt.’

Smith, 52, is the former host of Fox Report with Shepard Smith and Studio B weekdays on Fox News Channel.

In October 2013, he became the host of Shepard Smith Reporting as well as the managing editor of Fox News Channel’s Breaking News Division.

‘It’s not a thing,’ he says of his being gay and working for Fox. ‘I go to work. I manage a lot of people. I cover the news. I deal with holy hell around me [and] I go home to the man I’m in love with.’