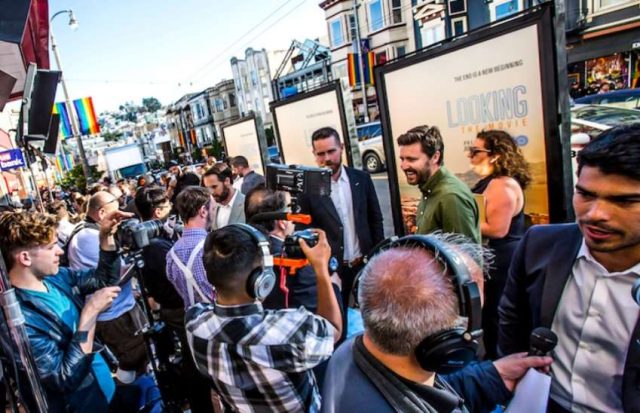 One of the directors at the world’s oldest LGBTI film festival says it’s the audiences that inspire him.

Paul Struthers is Frameline’s director of Exhibition and Programming.

Based in San Francisco, Frameline is returning for its 43rd year and is bigger and better than ever.

‘Of the 174 films that will screen at Frameline43 – 59 of these films have never played in the US – cinephiles will turn out in droves to see the freshest in LGBTQ+ films from the US and around the globe,’ Wallace says.

‘We always work to extend the boundaries of queer representation on the screen and behind the camera, and the audience want to see what’s on the horizon for the queer culture and creatives.’

According to Struthers, there are a lot of reasons to attend this year’s Frameline and he’s proud of a lot of the lineup. He also admits that he had to fight hard to get some films confirmed.

‘I think the one I was happiest about was BENJAMIN, directed by Simon Amstell,’ he says.

‘They literally told me on program lock day that we could play it. I was desperate to screen the film, as it is a light, fun, and charming film, and we need more queer films like that, especially in the dark times we are living in.’

While there is a lot of LGBTI festivals and events out there, especially in San Francisco, Struthers explains why supporting Frameline is important.

‘We keep putting on Frameline, the San Francisco International LGBTQ+ Film Festival, because the LGBTQ+ need a place they can come and see themselves represented,’ he says.

‘Also, popular queer films often only show a very limited representation of queer life, and we really try to have as many different representations of LGBTQ+ life onscreen as we can find.’

More than 62,000 people attended last year’s Frameline festival, making it one of the biggest in the world. It’s that audience that remind Struthers why LGBTI festivals are so important.

‘The Frameline audience keeps me going,’ he says.

‘I have never encountered such a vocal and engaged audience anywhere else. Between the standing ovations, hissing, and feet stamping, it is an experience like no other.’