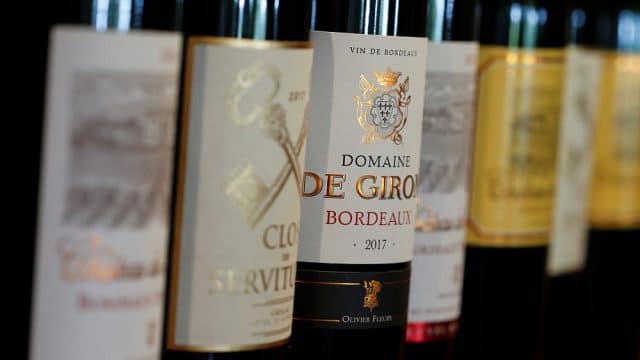 French farming minister Didier Guillaume has thrown his boule into the mix in an international spat, saying on Tuesday that US president Donald Trump’s threat to tax French wines was “completely moronic”.

Trump threatened last week to make the move in retaliation for France’s proposal to levy a tax aimed at big U.S. technology companies – known in France as the ‘GAFAs’ (Google, Amazon, Facebook, Apple).

“It’s absurd, in terms of having a political and economic debate, to say that if you tax the ‘GAFAs’, I’ll tax wine. It’s completely moronic,” Guillaume told BFM TV.

But what really uncorked Guillaume’s ire was Trump’s assertion that American wine was better than French wine.

“I just like the way they look,” he qualified.

Preferring not to enter into a discussion on the difficulties of telling a heavy Bordeaux left bank Cabernet Sauvignon from, say, a heavy Napa Valley Merlot by sight alone, Guillaume simply retorted “American wine is not better than French wine.”

“It’s such a shame because the American market has been gaining steam. Exchange rates are pretty beneficial, the euro is getting closer to the dollar. But with a couple more dollars per bottle it will completely change things, it could simply mean that our products would be taken off shelves.”