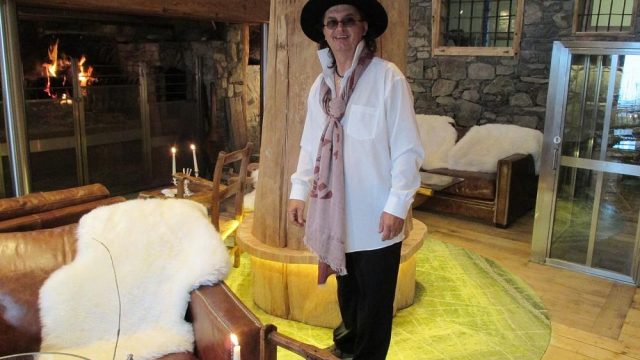 Being granted three stars on the world-famous Michelin guide is to chefs what winning multiple Olympic gold medals is to athletes — and just like any sport, just getting one requires years of complete devotion to the craft.

French chef Marc Veyrat had, for years, been at the top of his sport but in January the venerable foodies’ bible stripped him of one of his stars.

He’s now demanding his La Maison des Bois restaurant in Manigod, in southeastern France, be withdrawn from the guide and accuses the 119-year-old institution of “amateurism.”

“I have been depressed for six months. How dare you take the health of your cooks hostage?,” he said in a statement to Le Point newspaper this week.

“During our visit to your (Michelin guide) Paris office to understand the reasons for our demotion, we could see your deep incompetence. It scares me for new generations.

“Indeed, the only reason given was them confusing the reblochon and Beaufort emulsion with cheddar, it is a shame for the region. You are manipulators of gastronomy, you know nothing about the identity of the terroir,” he added.

In an interview with Euronews, Gwendal Poullenec, the international director of the Michelin guide, explained that a star is attributed on five criteria: the quality of the products; the mastery of the cooking process; the harmony of flavours; the personality of the chef as expressed on the plate; and regularity or a team’s ability to offer a constant level of quality throughout the menu and time.

Then the analysis and the requirements are upped for each additional star with the guide describing the difference as one-starred restaurant deserving a client stops when passing by, two-starred restaurants deserving one takes a detour to visit them, and three-starred ones seen as destinations in themselves.

“Our inspectors work anonymously and we have 15 different nationalities speaking 25 languages. They practice the same method to ensure that these stars are assigned consistently, that they can be compared in terms of level and that we are homogeneous in our classification,” he said.

He flagged that out of the 16,000 restaurants the guide recommends, 3,000 have stars. Out of those, only 128 throughout the entire world have received the holy trinity.

“Going from three to two stars, can mean a slight decrease in the quality or on any of our five criteria,” Poullenec said.

He refuted Veyrat’s accusations, saying that “in no way” did any inspector mention a “cheddar emulsion” or that they did not fully understand the region’s terroir. “Several of our inspectors are from Savoie.”

“I confess that the exchanges we had with him (at the Michelin offices in March) did not allow us to get to the bottom of the subject because he was not really in a real listening mood, so we suggested that he come back if he wished.

“The remarks he made are for us a sign of great distress. The fact is still that Marc Veyrat was and remains a chef of genius. He is the first chef to have twice been awarded three Michelin stars,” he went on.

Veyrat, he said, had not made an official demand for his restaurant to be removed from the guide. But the guide, he stressed, “does not cater to chefs but to restaurants’ clients.”

“It does not make sense for a chef to say that he wants to return his stars, because they do not belong to him, they are the fruit of an annual recommendation,” Poullenec said.

“It is a little easy for a chef to boast having received three stars and then suddenly question the institution the moment one loses one,” he added.