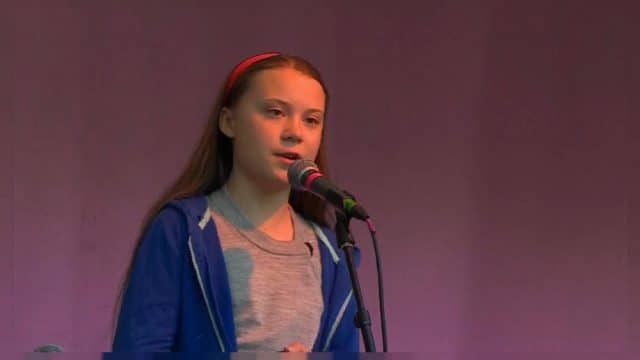 The 16-year-old Swedish environmentalist Greta Thunberg is to address the French parliament on Tuesday afternoon but she is likely to get a frosty reaction from a group of right-wing MPs.

On Saturday, Guillaume Larrivé, presidential candidate of Les Républicains, called on his colleagues to “boycott” Thunberg’s speech at the National Assembly.

Republican Julien Aubert also announced that he would not show up to “applaud the prophetess in shorts”. He called Thunberg “the winner of the Nobel fear prize”.

Thunberg has been invited by 162 deputies of the transpartisan climate group called “Accélérons”. She will hold a meeting open to other parliamentarians and will also attend the government question session.

The President of Génération Ecologie, Delphine Batho, has criticised the attitude of the deputies who are opposed to the arrival of Thunberg.

“We must believe that we are in a dramatic situation and even tragic that youths are reading the reports…more than many politicians.”

“The anger should be affecting everyone. It’s not a boycott we need, on the contrary, we should cheer and say we do not do enough.

“This young woman has had an extraordinary role in global awareness in Europe, even in the world.”

On Friday, the 16-year-old won the praises of German Chancellor Angela Merkel, and on Sunday she received a €25,000 prize presented by World War II veterans in northern France.

The teenager is now one of the leading faces in the fight against global warming. She has a clear message that those at the top need to do more to curb fossil fuel emissions and take climate action.

Through her speeches, Thunberg demands environmental action. She began a school strike movement where hundreds of thousands of students have joined the cause across the globe.