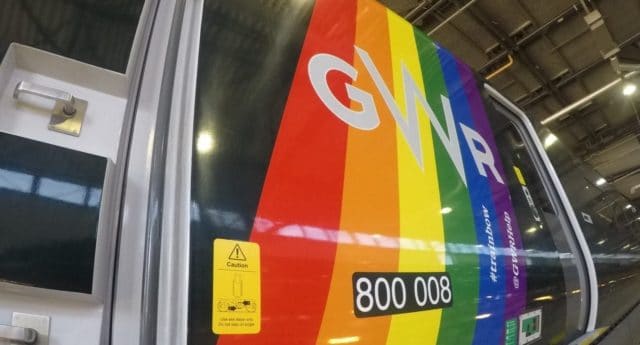 GWR unveiled the specially designed Intercity Express Train to celebrate the summer of Pride events taking place across the West of England and South Wales.

In a proud first for GWR, the train company revealed the special liveried train at London Paddington before it continued in passenger service through Reading, towards Swindon, Bristol and South Wales. 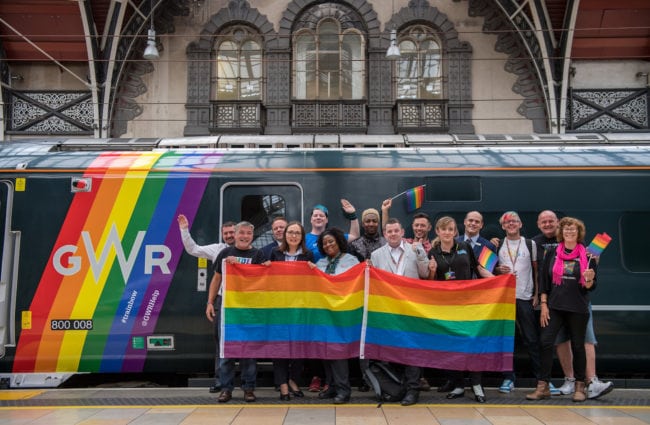 To celebrate the inaugural run of the GWR #trainbow, customers on the 11:45 London Paddington to Cardiff Central were also treated to rainbow coloured lollipops.

Joe Graham said: “We’re thrilled to launch this Intercity Express Train to help support and celebrate the diverse communities across the GWR network. We’re looking forward to taking people to the many pride events taking place this summer.”

The Intercity Express Train will operate services over the coming months to a variety of pride celebrations across the GWR high-speed routes including Cardiff, Bristol and Reading. 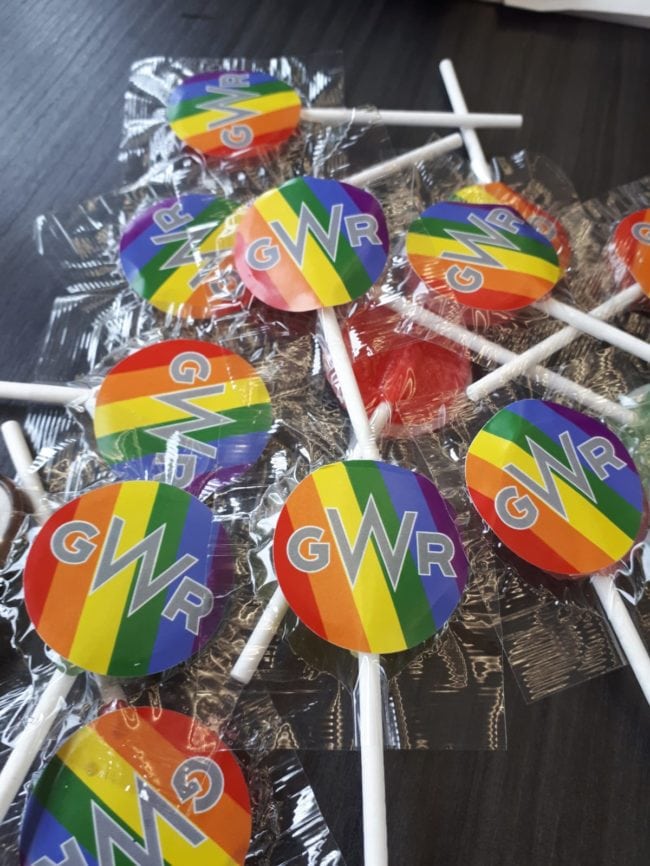 Passengers were greeted off the train at Cardiff Central by Welsh First Minister, Carwyn Jones, as they made their way to the PinkNews summer reception at the Welsh Assembly.

Great to welcome #trainbow into Cardiff Central to celebrate #PrideMonth with @PrideCymru@GWRHelp. Wales is proud to embrace diversity and challenge gender stereotypes so we can all @LiveFearFree #thisisme pic.twitter.com/MQYFfjAINh

“Bristol Pride is one of the largest Pride events in the UK and every year thousands of people travel across the network to Bristol for Pride.

“We can’t think of a more welcoming message and way to travel in style. More than this, it’s a fantastic way to raise awareness of the LGBT+ community and a reminder to everyone the importance of equality and diversity to create a better society for all.”

People are encouraged to share their snaps and selfies of the colourful Intercity Express Train on Twitter by using #trainbow which appears on the side of the train with the GWR Twitter handle @GWRHelp.

Chair of Reading Pride Paul Britt said: “Reading Pride, which takes place on Saturday 1 September, is pleased to be a part of the launch of GWR Pride train this year.

“It is great to see more companies getting involved with Pride and promoting equality and diversity not only within their own companies but to the wider communities across the region as well.”

Megan Chick from Pride Cymru, said: “We couldn’t be happier to be on board with this campaign. We’re sure our supporters will love travelling to our Big Weekend event in style!” 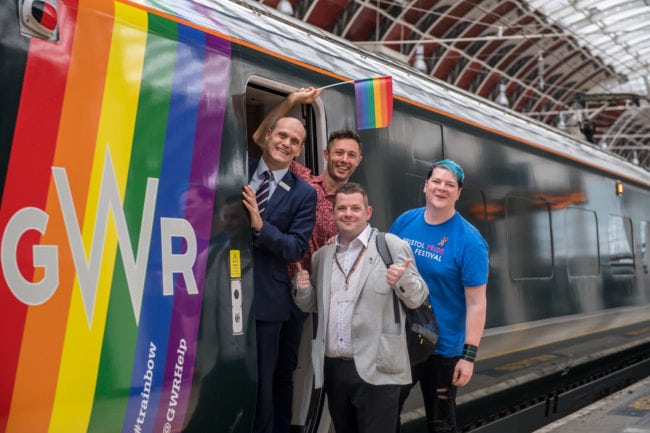 The GWR Pride train is one of 93 new Intercity Express Trains being introduced to the Great Western Railway network to replace existing older HST trains.