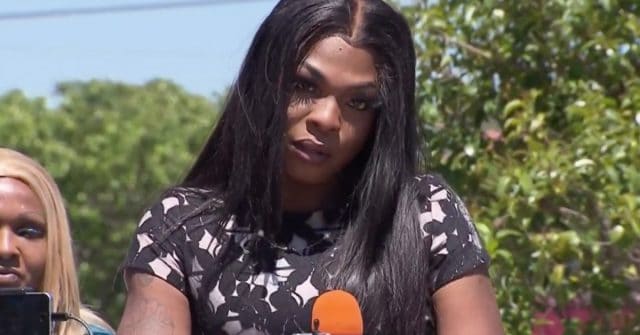 A funeral for Muhlaysia Booker, the black transgender woman who was killed in Texas 11 days ago, was held in Dallas on Tuesday 28 May.

More than 400 gathered to pay their respects to the 23-year-old, from friends and family to various figures from the City Council including Dallas Mayor Mike Rawlings. According to Dallas-Fort Worth News, several members of the local LGBT+ community were also in attendance at the Cathedral of Hope.

“Today, we gather to mourn with the family,” said Stephanie Martin, a pastor at Cosmopolitan Congregation of Dallas. “But also to celebrate the life of Muhlaysia Booker, a young woman whose life was cut short by hatred, which has left yet another indelible stain on God’s tapestry of love and equality.”

“We are here together today to demonstrate what it means to be community, and to stand together, and to know that we are stronger together, and that hate will never define us,” she told the audience during the ceremony. “Love will always win over hate.”

Another speaker urged guests to try to “avoid the feeling of visceral disrespect in this moment and give grace for each person to mourn and heal from this tragic loss.”

Transgender woman Muhlaysia Booker, who was shot dead in Dallas on Saturday May 18 (Facebook)
Themes of acceptance and support permeated the service as another speaker told the congregation: “We believe in a God of love who makes no mistakes and who loves us just the way that we are.”
In April, Booker made headlines after a video of her being brutally beaten in front of a crowd of people in broad daylight emerged online. According to a police statement, the incident occurred after she was involved in a minor traffic accident outside her apartment complex in South Dallas.
Just days after the attack, Booker appeared at a rally to speak about the escalating violence aimed towards transgender women in the area. Outside Abounding Prosperity, Inc., a non-profit organisation that aims to provide health and social services to queer black men and and trans women, she said: “This time it was me. The next time could be someone else close to you.
“This time I can stand before you, whereas in other scenarios we are at a memorial. Our time to seek justice is now. If not now, when?”

Muhlaysia Booker spoke out about violence against trans women just a few days before she was tragically shot to death (Facebook)
Less than a month later, she was fatally shot. Edward Thomas, 29, was arrested and charged for the assault. As it stands, police have yet to make an arrests in the ongoing investigation into Booker’s murder.
Booker is one of five trans women who have been killed in the US since 2019 began. Booker, Claire Legato, 21, from Cleveland and Michelle Washington, 40, from Philadelphia were shot dead within eight days of one another.