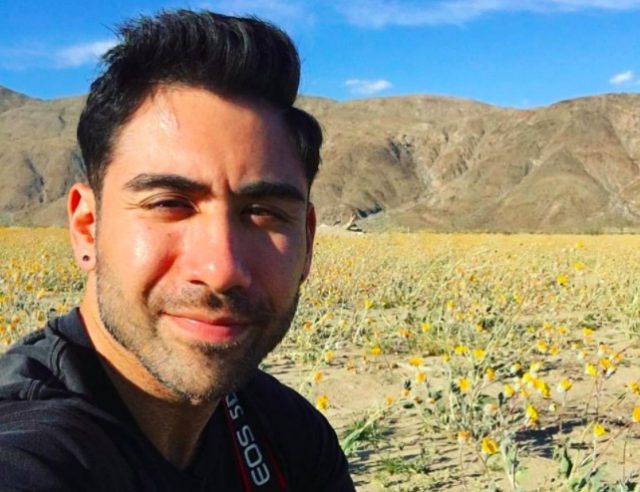 An actor and gay activist from Los Angeles, Matt Palazzolo, died earlier this week while hiking in Australia. Palazzolo was a longtime member of the West Hollywood Lesbian and Gay Advisory Board, a member of the Christopher Street West Board and active in community activism. Palazzolo was vocal and dynamic during the Proposition 8 demonstrations in California in 2008.

According to ABC News in Australia, Palazzolo was found over a thousand feet from the trail that took them on a hike through the 10-mile Larapinta Trail on Mount Sonder. The actor and his unnamed partner set out around 8:30am. During the hike, Palazzolo ran off during their return, but apparently took a wrong turn. When the partner reached authorities, he reported that Palazzolo had gone missing.

Temperatures reached 107 degrees F on that day and warnings had gone out against going on long treks with the danger of dehydration.

Palazzolo’s social media indicate that he was an avid hiker and had experience exploring the outdoors.

The investigation on Palazzolo’s death is still under investigation, but authorities do not suspect any suspicious circumstances surrounding his death as it was likely due to heat stroke.