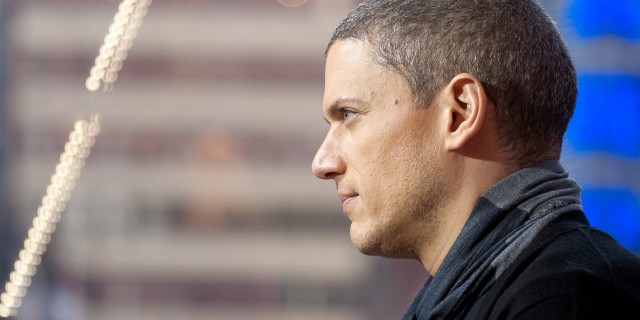 Gay actor Wentworth Miller came out in 2013 and during his announcement he talked about all the struggles he went through as a closeted gay man.

Just the other days, a Facebook Page called LAD Bible made a bad joke and posted a fat-shaming meme with Miller. We all like jokes, but this one was hurtful for the actor because it reminded him of a time when he struggled with depression.

The picture posted by LAD Bible shows the actor in a before-and- after collage. The before picture shows the upper body from the time he was playing Michael Scofield, and the second one is a photo that shows him while going for a hike visibly having gained weight. The caption says:  ‘When you break out of prison and find out about MacDonald’s monopoly…’

Miller took a screenshot of the meme and posted it on his Facebook Page. What he wrote in the post is really emotional but encouraging at the same time.

First part of his post reveals what he went through.

“I’ve struggled with depression since childhood. It’s a battle that’s cost me time, opportunities, relationships, and a thousand sleepless nights.

2010 was the worst year in his adult life and he found comfort in food.

“In 2010, at the lowest point in my adult life, I was looking everywhere for relief/comfort/distraction. And I turned to food. It could have been anything. Drugs. Alcohol. Sex.

“But eating became the one thing I could look forward to. Count on to get me through. There were stretches when the highlight of my week was a favorite meal and a new episode of TOP CHEF. Sometimes that was enough. Had to be.”

He added that he put weight on and that’s not a big deal! “And I put on weight. Big f–king deal.”

Then he wrote about how paparazzi would take photos of him during the period when he had gained weight and would publish articles  like “Hunk To Chunk.” “Fit To Flab.” etc.

Then, Miller wrote about his first reaction to the meme and how he got over it.

“Now, when I see that image of me in my red t-shirt, a rare smile on my face, I am reminded of my struggle. My endurance and my perseverance in the face of all kinds of demons. Some within. Some without.

“Like a dandelion up through the pavement, I persist.”

It was hurting to see how people can make a joke out of a personal struggle, but Miller had the strength to overcome such things that could crush anyone.

“The first time I saw this meme pop up in my social media feed, I have to admit, it hurt to breathe. But as with everything in life, I get to assign meaning.

“And the meaning I assign to this/my image is Strength. Healing. Forgiveness. Of myself and others.”

Prison Break star Wentworth Miller came out as gay at a Human Rights Campaing dinner and this is his speech.