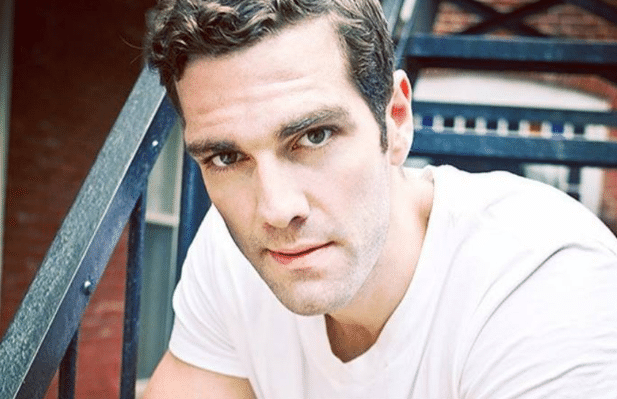 Not here on the Great White Way

During last night’s performance of Disney’s Frozen on Broadway, an audience member wearing a Make American Great Again visor unfurled a Trump 2020 banner during the bows.

Cast member Timothy R. Hughes did not let that slide.

When the person in the audience showed off the banner, Hughes quickly leaned down and snatched it away. Without saying a word, he tossed it aside and continued taking his bows with the rest of his cast.

Hughes posted a video of the moment on Instagram, along with a caption explaining his action.

‘What does it say about our country and politics when a man at the show tonight felt the need to protest Disney’s Frozen on Broadway with a pro Trump flag??’ he questioned.

‘How frightening is it that our show’s messages of love, acceptance, and diversity have become the opposition to supporting Trump?’

What does it say about our country and politics when a man at the show tonight felt the need to protest Disney’s Frozen on Broadway with a pro Trump flag?? How frightening is it that our show’s messages of love, acceptance, and diversity have become the opposition to supporting Trump? The curtain call is a thank you between actors and audience, a final connection to end a shared experience. I will not apologize for how I responded to the disrespectful man trying to interrupt this moment with a pathetic political platform. Not at our show! Not in front of my beautiful, diverse, talented cast at @frozenbroadway. I appreciate everyone’s support. #resist #lovewins #lovetrumpshate

He further said he would not apologize for what he did.

‘Not at our show!’ Hughes declared. ‘Not in front of my beautiful, diverse, talented cast.’

Here is another view of the moment.

Some asshole decided to hold up a Trump flag @FrozenBroadway ? pic.twitter.com/P6Uwl6Vh2G

Frozen premiered on Broadway in March 2018 at the St. James Theatre. It’s based on the hit Disney animated film from 2013, and follows the story of royal sisters Anna and Elsa.

Hughes plays Grand Pabbie in the show, the leader of the Hidden Folk. He originated the role.

Pabbie in Portrait. In my natural habitat in The Hygge Room at the St. James Theatre. I’ll be here all weekend with @frozenbroadway! #frozen #hygge #portrait #pabbie #hiddenfolk #fixerupper #broadway #holidayweekend

In 2016, then-Vice President-elect Mike Pence attended a performance of Hamilton. Other people in the audience began booing him, and Brandon Victor Dixon (Aaron Burr) ended up addressing him from the stage.

‘We truly hope this show has inspired you to uphold our American values, and work on behalf of all of us,’ he said. 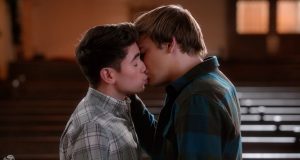 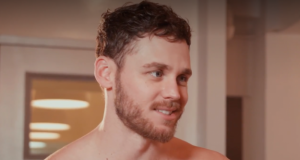 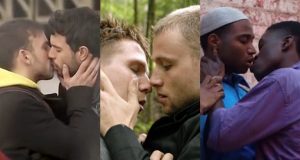