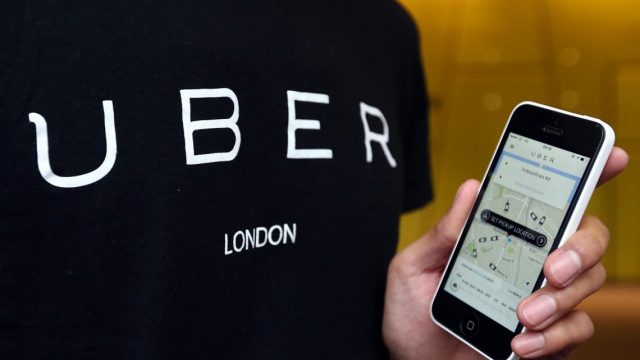 Gay clubber Paul Hanafin has told how his Uber driver kicked his party out of the car after his friends kissed in the back seat.

Hanafin, 20, was celebrating a birthday with four friends at famous gay nightclub Heaven in Charing Cross. Booking the Uber was fine, but what came next shocked the group. Blogging about the ordeal for the first time since the incident, which happened in May, Hanafin said:

‘It was literally a peck on the cheek between two of my friends to say thank you for coming out to celebrate their birthday.

‘He’d just picked us up from a gay club so it wouldn’t have been hard for him to guess we were gay before he accepted the journey.”

The driver was said to have stated he didn’t want ‘gay stuff’ in his car, saying, “You’re not doing that.”

The party believed he was joking at first, but the driver’s demeanour changed rapidly and he forced them out of the car. Hanafin added:

‘We had just been chatting away about what a good night we’d had but this totally spoiled it. We had to get a bus the rest of the way.

Uber conducted an internal investigation, and action was taken against the driver, which seems to confirm Hanafin’s version of events. Uber said it could not disclose the extent of the action due to privacy, but Hanafin was pleased with the company response:

‘To be fair, they were outraged too and were really helpful. They are a modern, international company and dealt with it really well. They gave us a full refund.

‘If if hadn’t been for their positive response, I would not be using them again. This was probably just one bad egg.’