The incident was caught on camera and posted to Facebook

A gay coffee shop owner kicked a Christian group out of his store.

The video of the event shows him telling them he felt offended by their presence.

The Christian group had been handing pro-life pamphlets out in the area. They stopped in at Bedlam Coffee.

Caytie Davis was one of the people in the group.

She explained: ‘We had nothing on us, we weren’t distributing anything. We bought coffee and went upstairs.’

Davis claims the barista who served them ran upstairs to tell the owner they were there after they purchased their coffees.

The owner then walked into the room and stated: ‘I’m gay, and you have to leave.’

One of the group asked: ‘Are you denying us service?’

The gay owner of the coffee shop said yes.

Davis continued: ‘We were all taken aback because we had no idea what he was talking about.’

The owner then pulls out a pamphlet he had found and asked if it belonged to them.

The pamphlet featured a picture of an aborted child.
Caytie Davis clarified: ‘None of us had dropped anything in the store.

‘But we told him yes, it was one that we had been handing out in the city, and asked where he’d found it. He told us he found it outside.’ 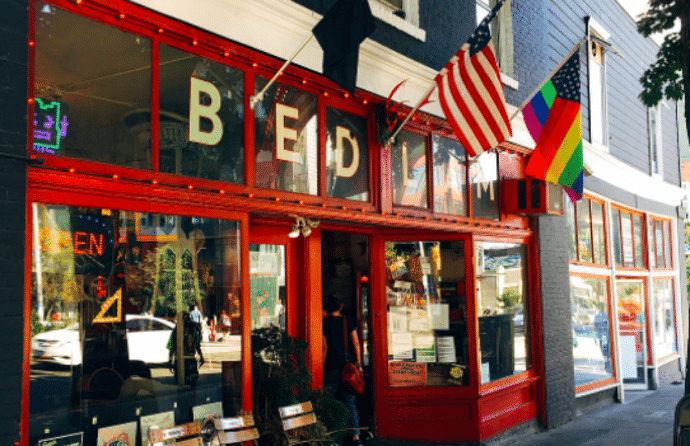 ‘Get the fuck out’

Owner of Bedlam Coffee told the group their pamphlets offended him when they asked why they had to leave.

Next to the picture of the aborted child, it featured rainbow imagery.

A rainbow is commonly associated with the LGBTI pride flag.

Davis added: ‘We tried to talk to him and he wanted nothing to do with it.’

Another member of the group can be heard in the video asking:

‘So you’re not willing to tolerate our presence?’

The owner responded: ‘Will you tolerate my presence?’

The group remind him they’re in his coffee shop.

He says: ‘Really? If I go and get my boyfriend and fuck him in the ass right here, you’re going to tolerate that?’

The coffee shop owner told the group to ‘get the fuck out.’ They eventually did so.

Davis said the coffee was good, ‘it’s just too bad the service sucked.’

Watch the video below. Beware, it contains graphic language and images. 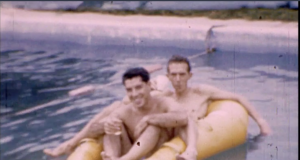 Discovered Footage Of A 1945 Gay Pool Party Inspired A New...

Nick Gayer
0
Filmmaker Geoff Story is in the process of making a new documentary after discovering a clip at an estate sale in St. Louis, Missouri. The...

Georgiana P. Green
0
If you've been waiting and waiting for the first Nick Jonas' movie where he's got the leading role, well here it is. Careful What You...