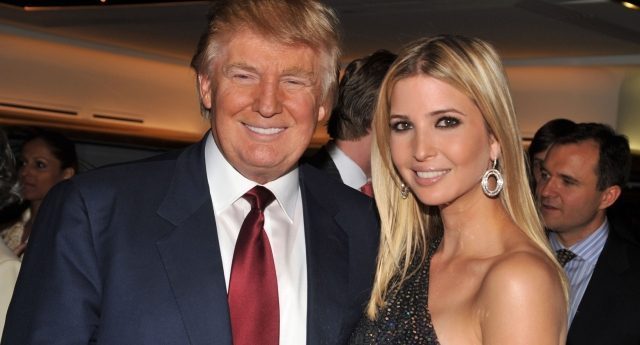 A gay couple have been bombarded with homophobic abuse, after they were kicked off a flight for “harassing” Ivanka Trump about her father’s Presidency.

Matthew Lasner, a professor at Hunters College, had been preparing to fly home for the holidays with his husband, Brooklyn lawyer Dan Goldstein.

However, the pair’s trip got derailed when they spotted Ivanka Trump on their flight with her family and decided to challenge the future First Daughter – who is expected to take up a key official role in her father’s administration.

In now-deleted tweets, Lasner wrote: “Ivanka and [husband] Jared on our flight. My husband expressed displeasure in a calm tone, JetBlue staff overheard, and they kicked us off.” Sharing a picture of her, he wrote: “Ivanka just before JetBlue kicked us off our flight when a flt attendant overheard my husband expressing displeasure about flying w/ Trumps.”

JetBlue insisted: “The decision to remove a customer from a flight is not taken lightly.

“If the crew determines that a customer is causing conflict on the aircraft, the customer will be asked to deplane, especially if the crew feels the situation runs the risk of escalation during flight.

“In this instance, our team worked to re-accommodate the party on the next available flight.”

According to gossip outlet TMZ, a man thought to be Goldstein had told her “Your father is ruining the country”, before asking other passengers: “Why is she on our flight? She should be flying private.”

As he was removed from the flight, the man yelled: “You’re kicking me off for expressing my opinion.”

Far-right Trump supporters have since leaked Lasner and Goldstein’s address and contact details online, branding them “gay bullies” and targeting them in a harassment campaign.

Another tweeted: “Picking on women and children, way to go tuff guy, only a fag would be proud of that.”