Home Gay Life Gay couple brutally attacked for trying to defend their friend from her... 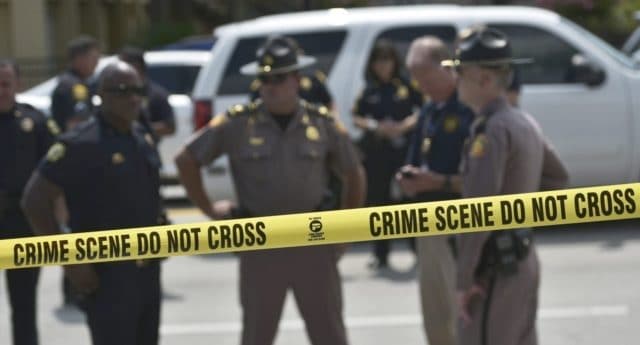 A gay couple in Kentucky have been hospitalised after being victims of a homophobic attack by their friend’s violent ex-boyfriend.

The couple were having dinner with their friend (all three have asked to remain anonymous) at their house on November 24, the day after Thanksgiving.

When the woman returned to her home after the dinner, she found that it had been broken into and ransacked, that furniture, the television and other personal belongings had been destroyed.
She immediately called her friends, and they came to her house, at which point she began receiving phone calls from her ex-boyfriend, David Bruckman.

According to River City News, Bruckman had a history of violence, having been arrested 10 time in the Country in the past two years, to the point that she had had to put a protective order against him.

He continued to call her, making threats, until eventually one of the men answered, telling Bruckman she would not speak to him and to go away. 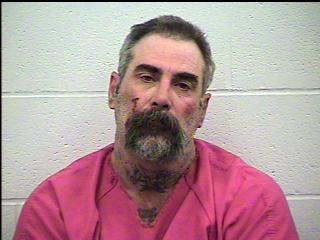 Covington Police officer David Griswald testified on Tuesday that Bruckman had previously told his then-girlfriend not to associate with homosexuals.

Bruckman then returned to his ex-girlfriend’s home, with an associate, forced his way inside and beat the two men.

“Fuck you faggot” and “faggot bitch” they shouted, Griswald said.
Both men were hospitalised, with broken eye sockets and noses, are will require surgery. 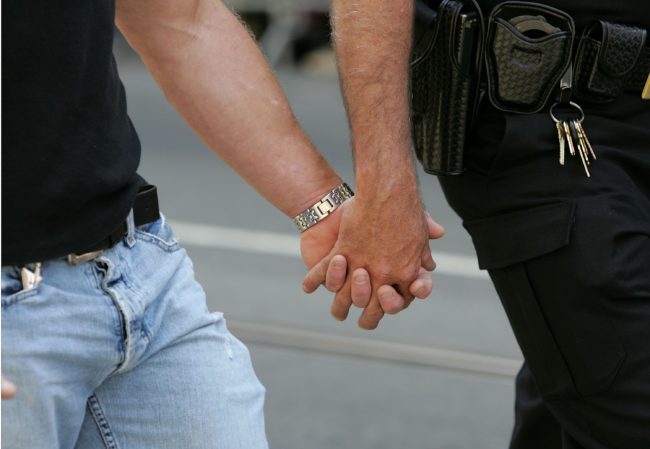 “We were the victims of assault and robbery simply because of who we are,” they wrote on a GoFundMe page on Tuesday.

“In addition to the costs associated with our medical needs, we have both been required to miss work and garner legal representation.”

“The men that did this to us have cost us a lot more than just our dignity.”

When the woman returned home from the hospital, Bruckman returned too. She called 911 but the call was dropped before she was able to speak to the police.

When officers arrived at her home they found her upstairs, Bruckman looming over her.

The woman was hospitalised with head injuries, and Bruckman was taken into custody, though his accomplice from the original attack has so far not been found.

Judge Douglas Grothaus called Bruckman an “extreme danger,” refusing to lower his bond, and he is being held facing charges of first-degree burglary, second-degree assault, first-degree unlawful imprisonment, and violation of an emergency protective order.

The couple posted an update today, saying they were having surgery this week, and thanking people for their support.

“We can’t Thank You all enough. The love, kindness, and support have been overwhelming!”

“Please continue to wish us well as we recover. Happy Holidays to you all!”