Home Gay Life Gay Couple Introduce Son To His Birth Mother And The Doctor Who...

“We realize we have something very special.”

Jonathon Bobbitt-Miller and his husband Blair Miller recently undertook a cross-country trip to introduce their 4-year-old son to his birth mother and the doctor who delivered him.

The couple live in Boston with their oldest son Zeke and his 3-year-old brother Cash. The foursome are a happy bunch, but as Miller recently told People, he wasn’t always sure that a family would be in his future.

Jonathon convinced his partner that they could have it all and the pair soon embarked on the road to parenthood, which led to the adoption of their two boys. 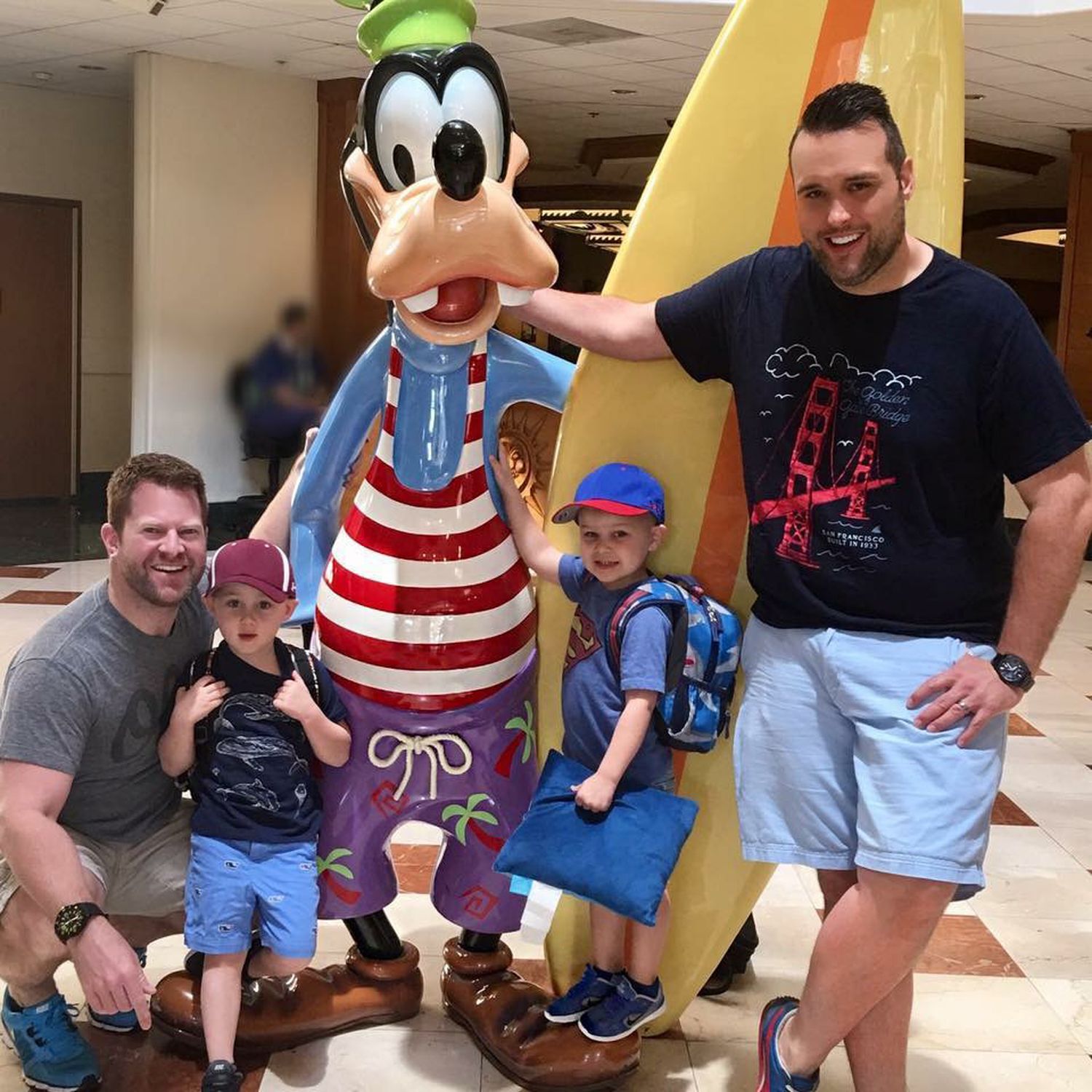 Last month, their journey culminated in traveling to California so that Zeke could not only meet his birth mother BreAnn Higgins, but also the doctor who delivered him.

“We had talked about going to meet his mom and three weeks before we went out he said, ’I want to meet the doctor who delivered me and gave me to you,’” Blair explained. “When your 4-year-old says that, you think, ’We should.’”

So the couple reached out to Memorial Hospital in Bakersfield and officials promised that Zeke could meet his doctor. With that, the couple booked their tickets and flew across the country. 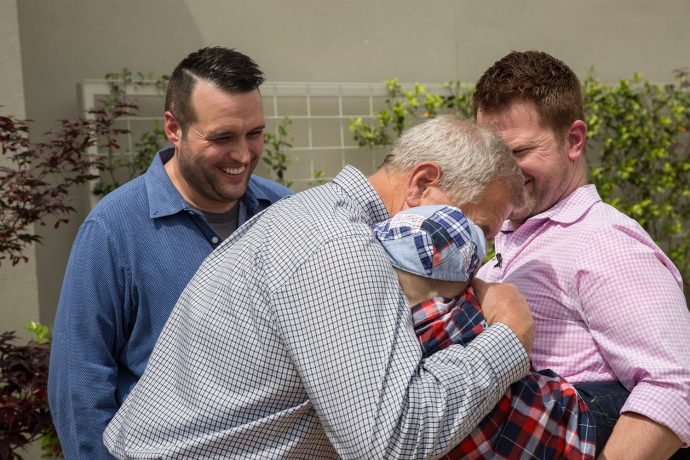 The pair hadn’t seen Higgins since she’d given him their baby boy, but said things were totally natural between her and Zeke, with the 4-year-old noticing that they had the same color eyes.

When Zeke met the doctor at Memorial, he shook his hand and told him he was “happy to be born.”

“I made the right decision. I made the best decision for him and for all of us,” Higgins said. “I helped a family start and I gave him his best chance and for that I feel extremely proud and thankful.”

The men have also stayed in touch with Cash’s birth mother, Chloe Schaefer.

“I wanted to be in touch, it’s the only way I could do it,” she explained. “It’s still a little tough. Sometimes I think about what could have been, but I’m really happy for the life that he has now. His dads are amazing people.” 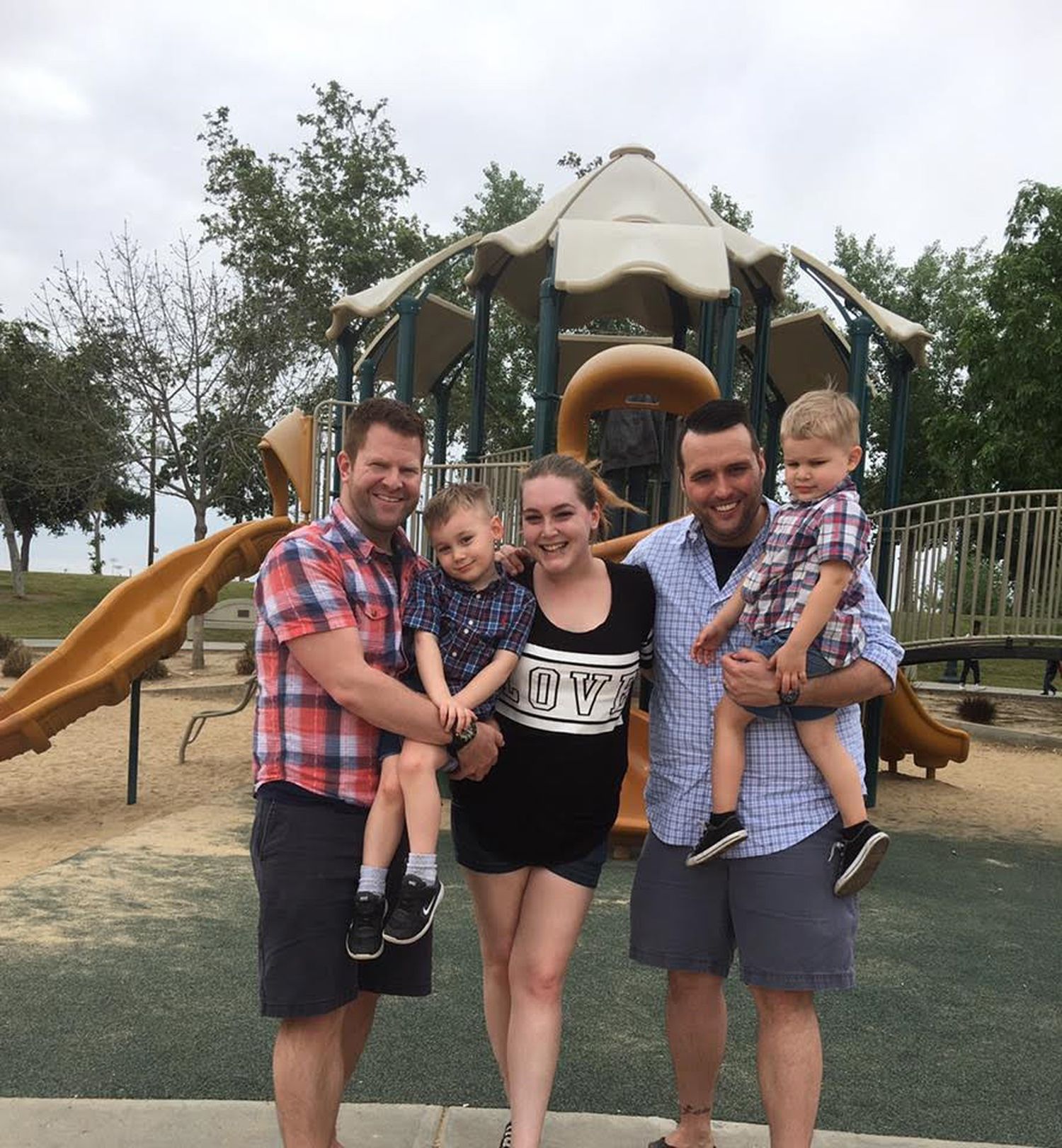 Regardless, all four remain staunch advocates for adoption.

“There is a stigma with adoption and we’re going against every bit of that. If more people will adopt, the impact you can have and the family you can have… my mind’s been blown,” Blair said. “It’s not about us, it’s only about these two boys. We didn’t have kids for us, we have kids because we have love to give and so many other people do as well.”