Home Gay Life Gay couple overwhelmed with joy as over 40 women offer to be... 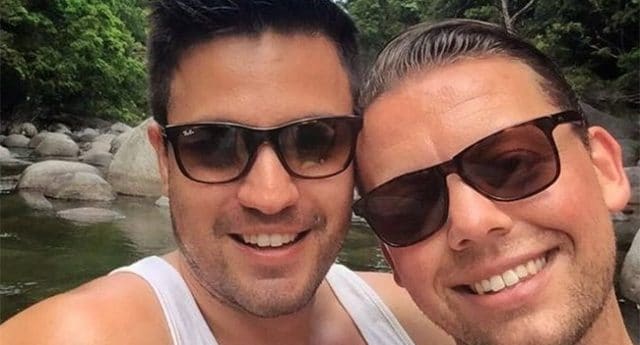 A gay couple living in Australia were overjoyed when over 40 women responded to their advert for a Maori egg donor.

Nelson and Baden Marino-Hall were shocked with the outpour of support and love that they were met with after they placed an advert seeking a surrogate egg donor.

The couple wanted to honour Baden’s Maori decent by having their children with an egg donor who was also of the same lineage.

The couple, who hope to have two children together, wrote in a newspaper advert that having a Maori surrogate mother would make their dreams come true.

“Kiwi and Aussie loving, married, gay couple based in Australia seek an egg donor who is of Maori descent who can help make dreams of a family come true,” the advert read.

The couple explained that they were overwhelmed by the number of offers they have had from women in Australia and New Zealand.

Nelson said: “We’ve had more than 40 Maori women reach out to us, it’s gobsmacking.

“There was lots of happy, happy tears last night going through all the emails, the messages… it’s been an amazing, amazing 24 hours.

He added that they plan on responding to all the women who have reached out.

“We want to respond to every single woman who reached out to us out of respect – they deserve it… we will consider every single option as well, what is the easiest and best thing for those involved.

“There’s all these sort of little hurdles that we need to consider, but we’re both excited about it and hoping for the best.”

A baby in Canada just became the first to be officially identified as agender.

Eight-month-old Searyl Atli Doty – Sea for short – got their national health card with a “U” entered in the sex category, months into a legal battle that their non-binary transgender parent is still fighting.

The UK recently became the first country in the world to allow babies to be made from two women and one man.

The fertility regulator approved the scientific breakthrough which will mean a child could have three biological parents.