Home Gay Life Gay couple pull out of competition to become the face of IKEA... 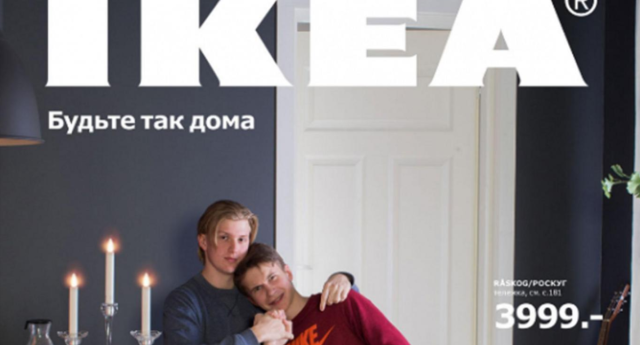 A same-sex couple have pulled out of the competition to become the face of Ikea in Russia.

The Swedish furniture company was offering the chance for anyone to become the face of Ikea. Families, couples, friends and individuals could enter the competition to be in a photoshoot for a magazine cover. The couple were winning the competition with 7000 votes more than those in second place. However, GSN reports that they pulled out after the amount of media attention they received.

The couple had posed together at store in Moscow and had thousands hoping they would win after the group Straight Alliance for LGBT Equality urged their followers to vote for the two men and ensure their victory.

The couple attracted attention from media outlets because of a law in Russia that prohibits publications from promoting a “distorted understanding of gay and heterosexual relations as socially equivalent.”

The competition was launched seven years ago to spike interest in the catalogue.

A spokesperson for IKEA Russia told GSN that the couple had asked to withdraw: “They just mentioned that they did not expect such media attention when they decided to participate.”

“We at Ikea are for the many. We welcome anybody regardless of their age, gender identity, sexual orientation, physical ability, ethnicity, race, nationality, religion, marital or family status, or any other dimension of their identity.”

“This principal permeates every aspect of Ikea, be it employment, or any event organised by Ikea. In the contest, as in any activities promoted by Ikea, the very same non-discriminating principles apply.”