Home Gay Life Gay couple stabbed in neck, back and hand for holding hands in... 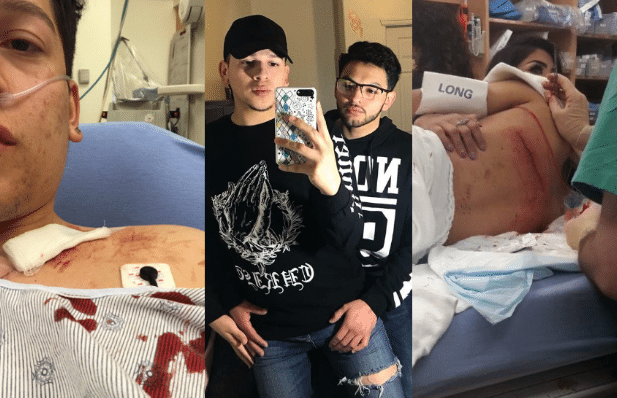 EXCLUSIVE: One of the gay guys received 30 internal stitches and 52 stitches on his hand

An unidentified attacker verbally abused a gay couple, then stabbed them in the neck, back and hand.

Christopher Giovanni Huizar, 19, and Gabriel Enrique Roman, 23, went out on Saturday night (26 May) to the Church Nightclub in Denver, Colorado.

They live downtown, so decided to walk home because ‘it was nice weather out’.

Then Huizar told Gay Star News what happened next.

He said: ‘When we passed an alley, someone screamed “fucking faggots” and stabbed me in the neck.

‘I didn’t even know I was stabbed – it felt like a punch,’ he recalled. He thinks it might have been a pocketknife. 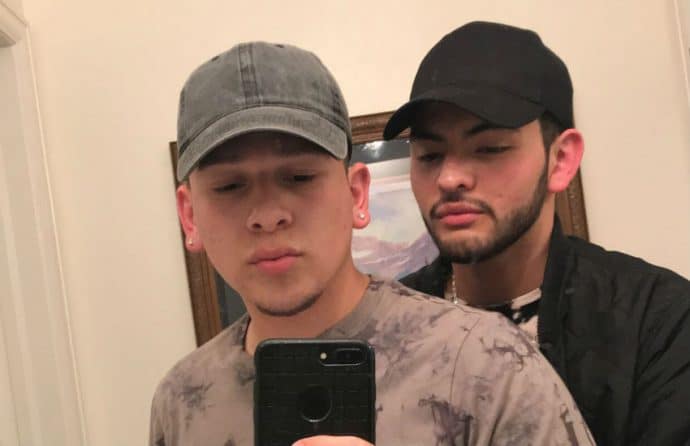 Then Roman pushed his boyfriend out of the way to protect him and the attacker stabbed him in the hand.

Huizar continued: ‘Then we started to run and he got stabbed in the back.’

The gay couple ran about three blocks away from the attacker and fell to the side of the street ‘bleeding and crying’.

‘I was just worried about my boyfriend because he bled so much,’ Huizar recalled.

At the hospital, Roman received 30 internal stitches and 52 stitches on his hand.

‘We are not letting this define us’

The gay couple filled out a police report but didn’t manage to get a good look at the attacker so his identity is a mystery. Huizar identified the culprit as a ‘white male’.

Huizar said: ‘I don’t really remember what the guy looked like because it was dark and it happened so fast.’

In light of the attack, he said: ‘We are not letting his define us. We love each other and wouldn’t want this to happen to anyone [else]. 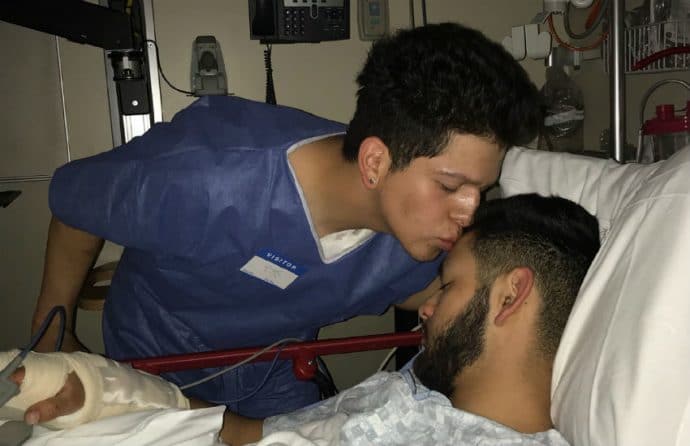 He continued: ‘We are an open book. We don’t care what anybody else has to say so we always hold hands and be ourselves in public.’

The couple will be celebrating one year together on Wednesday (30 May).

In light of the attack, the gay couple set up a GoFundMe to try to help pay for their hospital bills.