Home Gay Life Gay couple supposed to get married was killed in mass shooting in... 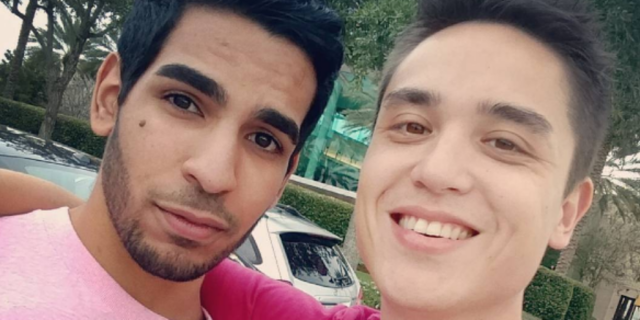 Juan Ramon Guerrero, 22, and his 32-year-old boyfriend, Christopher “Drew” Leinonen were killed in the shooting at the gay nightclub in Orlando. They were planning to get married.

They were together for two years and Guerrero’s family talked about how much their son loved his boyfriend and planned to get married.

“They were honestly so in love. They were soul mates. You can tell by how they looked at each other,” Aryam Guerrero said.

“It’s a little comforting that they died together.”

“If it’s not a funeral, they were going to have a wedding together.”

Their families planned that the two of them should be lied down side-by-side, they know that would have been their wish. It was Christopher’s mom idea, and everyone agreed.

“I think my son wanted to do that. That’s why,” Juan’s father, Juan Ramon Guerrero Sr said.
“I don’t care what the people think. I don’t care.”

Guerrero’s sister recalls the moment her brother came out, three years ago, and his family supported him saying that they were “really loving and accepting.”

Guerrero had just finished his first year at University of Central Florida. He had previously studied at the Community College. His family talks about him as being “beautiful kid, a hard worker, friendly, sweet person.”