The incident occurred at Goodfellas in Cincinnati.

A gay couple was harassed at a Cincinnati pizza shop when a bouncer threatened to throw them out if they didn’t stop kissing and holding hands.

Bobby Slavens said the threats were made Saturday night when he and his fiancé Luke Munz stopped by Goodfellas Pizzeria with two of their friends for some food.

The two men were holding hands as they approached the bouncer, which is when the trouble started.

“We were just holding hands,” explained Slavens. “We didn’t think anything about it, then we gave a little kiss on the lips, a discreet peck. As we did so, the bouncer came to us and said, ’Hey, you guys need to stop that or you are going to get kicked out.’ We were dumbfounded.” 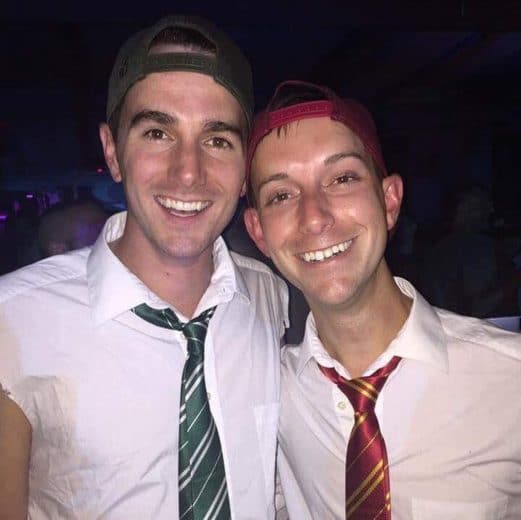 The pair immediately dropped their hands, but began to feel uncomfortable once they entered the restaurant.

“As the line went on, we were asked if we wanted to order pizza, and I said, ’No, we don’t. We were just told that we cannot hold hands or kiss,’” Slavens said. “We have seen people in Goodfellas… holding hands and kissing [before] and nothing was said to them, so we left.”

When they got home, Munz posted about the incident on Facebook, revealing that the trouble didn’t stop once they decided to leave.

“As I turned around, I heard, ‘You better get used to this, this is Trump’s America.’ After that, I was like, ’Wow.’ I just walked away,” Slavens remarked. “I was very upset and kind of just in disbelief. You hear all of these stories on the internet from people, especially in our community, that people are not happy. They express their anger towards our community, but it has never happened to me.” 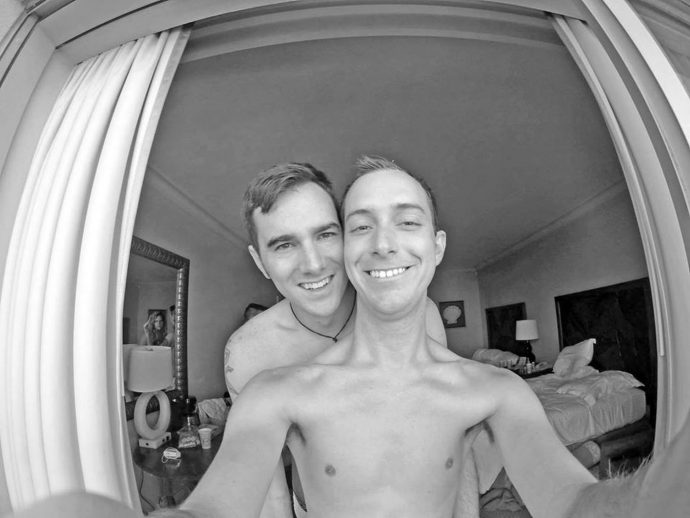 Goodfellas posted a response to the couple’s complaint, saying the incident should have never happened.

“It is an unacceptable situation. We treat people here as family, everyone that comes here as family and all of our customers as family,” Manager Mike McLaren wrote.

Once the employee was terminated and management made appropriate overtures, Slavens took to Facebook to say that he and Munz wouldn’t be boycotting the establishment because of one person’s actions.

“While the situation was deeply uncomfortable and unacceptable, we do not believe the company should be boycotted or harmed simply due to one employee’s actions since the company took adequate measures to resolve the situation,” he wrote.

“Luke and I greatly appreciate the company’s zero-tolerance towards hateful behavior and discrimination, and their desire to promote a welcoming atmosphere for all guests.”