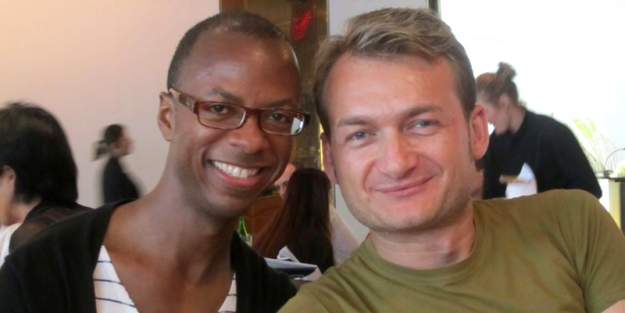 Romanian-born Adrian Coman and his American boyfriend, Clai Hamilton, married in Belgium in 2010 after dating for 8 years.

Living in New York City in 2012, Coman requested residency permits for Mr. Hamilton to live and work in Romania. But the request was denied on the basis that the country doesn’t recognize same-sex marriage.

The couple took their case to the Romanian courts in 2016 which referred the gentlemen to the European Court of Justice to inquire whether EU law applied to the issue of same-sex marriage.

EU law permits a non-EU spouse of an EU citizen to join his or her spouse in the member state where the European national resides.

According to the BBC, the EU court ruled on Tuesday that member states must recognize marriages contracted between people of the same sex in member countries.

“Although the member states have the freedom whether or not to authorise marriage between persons of the same sex, they may not obstruct the freedom of residence of an EU citizen by refusing to grant his same-sex spouse, a national of a country that is not an EU Member State, a derived right of residence in their territory,” the court said.

“We are grateful to the EU Court and to the many people and institutions who have supported us, and through us, other same-sex couples in a similar situation,” said Coman in response to the ruling. “It is human dignity that wins today.”

Of the 28 member nations of the European Union, only 14 have moved to legalize same-sex marriage. Six member nations have no legal recognition of same-sex relationships.

My Husband @adriancoman and I are so excited for this decision! We thank everyone who has supported us in this journey! Now we are one step closer to being recognized as a family! #MarriageEquality #EqualSpouses #LoveAndMarriage #Justice #EU #Equality ???❤️?? https://t.co/sapSq6mudg