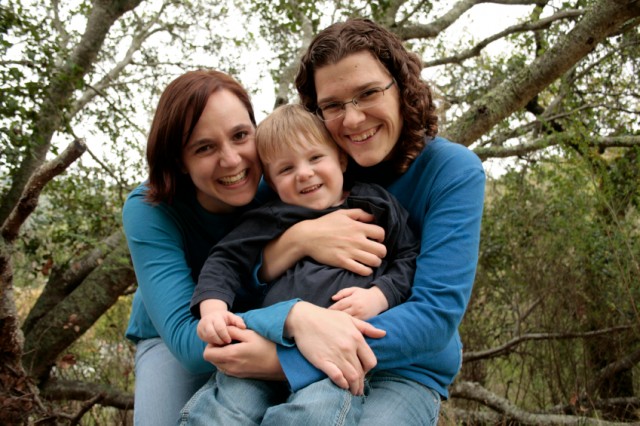 Next week, Cari Searcy, Kim McKeand, and their nine-year-old son, Khaya, will go to a court to get the legal recognition for what they’ve been for last decade: a family of three. Because of the US Supreme Court starting overturning state bans on gay marriage, judges are beginning to approve second-parent adoption families to give gay parents legal rights to the children they’ve been raising for years.

Searcy, 39, said: “I think it’s just going to be an overwhelmingly happy experience for us all. It’s a day that we’ve been waiting for a long time.”

Their son Khaya was born with a hole in his heart and needed surgery. Searcy said that her status as a non-parent became obvious when a nurse said she needed proof of guardianship to show her procedures needed for the boy’s care. “I was a total legal stranger,” Searcy said. Her first adoption application was denied on the basis that in Alabama only married couples or single people could adopt.

The couple got married in California in 2008. They applied again, but were rejected because of the state’s prohibition on recognizing their marriage. All that led to the lawsuit against Alabama’s ban on gay marriage and after a while Judge Callie Granade overturned the state ban.

Cari Searcy said she is sure that the adoption will go smoothly next week, but after nearly a decade of struggling she still a little nervous.

“I look forward to when this is all over and it’s no longer gay marriage or same-sex marriage, just marriage and our family is no longer considered a gay family or a same-sex family. We’re just considered a family.”