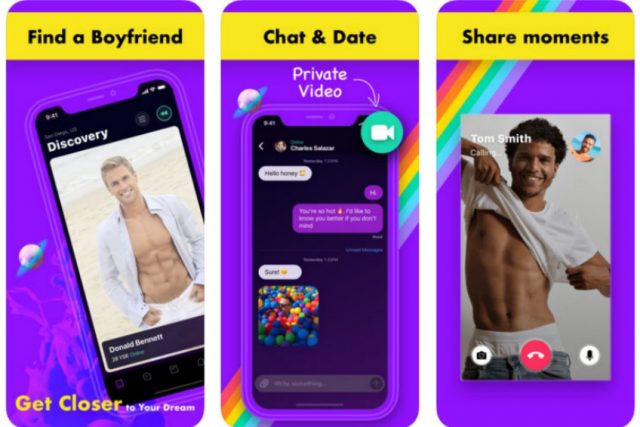 Gay dating app Taimi has launched in Singapore this weekend.

– which saw its global launch in May last year – claims to have some of the .

Singapore is the first country in Southeast Asian Taimi has launched in.

Responding to questions from GSN, the company released a statement addressing issues of online harassment and personal data security.

While the law is rarely enforced, LGBT rights supporters in Singapore have made numerous calls for Section 377A’s repeal.

The app – which is active seven English-speaking countries – officially arrived in Singapore on Saturday (25 May).

The statement says that the push to build a community ‘goes beyond an ordinary dating app’.

‘Producing your own interactive feed, sharing stories, following other users, creating thematic groups – all this makes it a social media and enables users to express themselves without any prejudice,’ the company said in a statement.

Responding to questions from GSN, a representative for Taimi also released a statement addressing issues on how the company intends to combat cyberbullying and online harassment.

Complaints of online harassment and bullying have been commonplace criticisms of fellow LGBTI-dating apps, such as Grindr and Blue.

‘[The app’s] algorithms look for suspicious activity and alert our support team about it,’ the statement from Taimi says. ‘Besides, people can report users they find dangerous at any time.

‘They can choose the reason listed in the app or describe one on their own. We have 24/7 hand-picked moderation, so our team reviews every complaint within 10 minutes.

‘Harassers end up immediately banned. The team also checks every user right after the registration. We don’t reveal how exactly our algorithms work, to deprive any inventive spammers or harassers of circumventing our system.’

The statement also discussed the safety features and user security. This includes ensuring that users personal data is secure.

The company says they will not share personal information with the authorities of countries where same-sex sexual activity may be illegal or be met with persecution.

‘Our privacy policy states that we don’t reveal any personal data (including geolocation) of our users to anyone,’ the statement adds.

‘Taimi is within the jurisdiction of the US, which has no laws that criminalize gay relationships of any kind. So we stick to the US laws and do not report to anyone (including any governments) personal info of our users.’

Personal data security is a major concern for a number of Southeast Asia’s LGBTI communities. The region has seen a spike in anti-LGBTI sentiment in a number of countries in recent years, including Malaysia, Indonesia, and Brunei.

A number of studies have indicated a growing acceptance of LGBTI rights in Singapore, especially among young people.

LGBTI rights groups have also made a renewed push for the repeal of Section 377A over the past year. The most high-profile of these efforts was Ready4Repeal, which .

But despite the repeated calls by LGBTI rights advocates, very little tangible progress has been made with regards to repealing the controversial law.

Senior political figures in Singapore have been reluctant to address issues surrounding Section 377A.

Similar sentiments have also been true of Singapore’s opposition politicians.

In April, Pritam Singh, the leader of Singapore’s main opposition party, the Worker’s Party, said his party . Singh said that he did not want to politicize the issue. LGBTI rights activists in Singapore expressed disappointment at Singh’s comments.

A recent survey suggested that most Singaporeans favor retaining Section 377A, even if the law will not be enforced.