Home Gay Life Gay ex-escort gave up sex with men for a year and now... 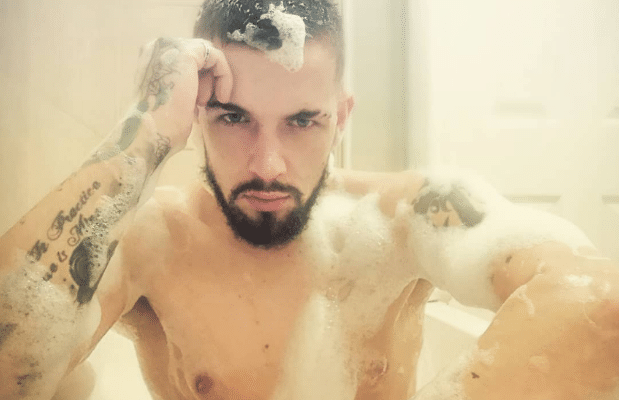 He said he used to wear make up and be ‘quite camp’, but now he’s ‘always in tracksuits’

A gay ex-escort gave up sex for a year and now says he identifies as straight.

27-year-old Dominic Hilton came out when he was 14, so he has never been with a woman before.

He worked as an escort when he was 18, but then gave it up to be a ‘serial monogamist’ with several long-term boyfriends.

But when he broke up with his latest boyfriend on Christmas Day 2017, he decided something need to change. So he gave up sex for a whole year.

After going all of 2018 without sex, he noticed a change in his sexual attractions.

‘Sex is always something I enjoyed,’ he told The Mirror. ‘But this past year, that sexual attraction to men has just gone.’

In October, he was on holiday in Spain with a gay male friend of his when he really noticed a difference.

‘I’d usually be chatting about guys we could see and if I thought they were attractive,’ Hilton said. ‘I just couldn’t join in.’

He added: ‘Then my friend turned to me and said, “You really are straight, aren’t you?”‘

Dominic Hilton: ‘It was a gradual thing’
At first, the ex-escort thought he might be bisexual, but he’s found his sexual attraction to men is completely gone.

‘I just don’t find men attractive anymore,’ he said. ‘I have no intention of sleeping with a man again.

‘It was a gradual thing – not like someone flicked a switch and I was straight,’ he said.

So he had to come out to his friends and family all over again, but this time as straight.

He’s now looking for an ‘open-minded girl’ to lose his virginity to but said his attempts to go on dates with women hasn’t been easy.

When he tells them he used to be gay, most stop responding.

One female date even blocked him an hour before they were supposed to meet.

Hilton revealed: ‘Before, I was quite camp, whereas I’m not now. Growing up, I loved dressing in make up like Boy George, but these days, I’m always in tracksuits.’

On why he tried celibacy, he said: ‘I was still feeling down about my break up, so I just wanted to do something to make me happy.

‘I never imagined celibacy would change my life as much as it has,’ he said.

Hilton then added: ‘If you’d have asked me in the past if a person can change their sexuality, I’d have said no – but I’m living proof that you can.’

After spending 23 years in the closet, this married man found happiness working as a gay escort