Radford is only the second openly gay man to ever compete in the Winter Games.

Over the weekend Canadian figure skater Eric Radford qualified for the 2018 Winter Olympics in Pyeongchang, South Korea, becoming only the second openly gay man to ever compete in a Winter Games, after American skater Adam Rippon.

Radford, 32, came out in in December 2014. He competed in the Sochi Winter Games, earning a silver with his pairs partner, Meagan Duhamel, but was closeted at the time. 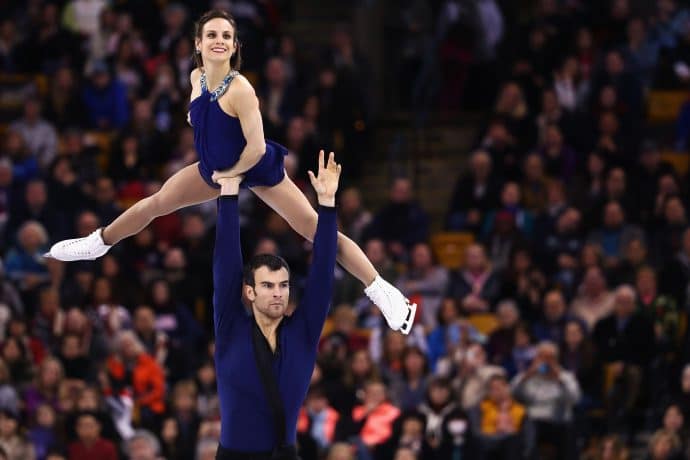 “My concern was that I would be known as ’the gay athlete’ if I came out at the Olympics, rather than Eric the medalling figure skater who happens to be gay,” he told Outsports in 2014. “And I felt uncomfortable with that title.”

This will never get old. Couldn’t be happier to end my nationals story in this way. #roadtopyeongchang #olympics #figureskating #proud #canada

While figure skating is often associated with gay men, the sport’s conservative culture keeps many in the “frozen closet.”

“I think that the biggest reason would just be fear of the unknown,” Radford told Daily Xtra in 2015. “There’s anxiety, there’s fear, because you don’t know how the other person is going to react. And being in the public eye, that’s just multiplying it by, like, five.”

He cited the Canadian Olympic Committee’s #OneTeam Initiative as an inspiration for his decision to come out. In fact, he’s now an ambassador for the program, helping to combat homophobia in professional sports.

Radford’s had an exciting time off the ice, too: In June, he proposed to his boyfriend, Spanish ice dancer Luis Fenero. (Spoiler alert: Fenero said yes.)

I've learned that the best things in life have a level of simplicity to them. I see it in art, I hear it in music and I feel it with this man. Loving him is simple and beautiful. The feeling of freedom and joy I had flying over the mountains is the same feeling I have when I think of life with @luis_febi …and I want to feel that forever so… I asked him to marry me and he said yes!! #love #freedom #happiness #?#thankyou #simplelove