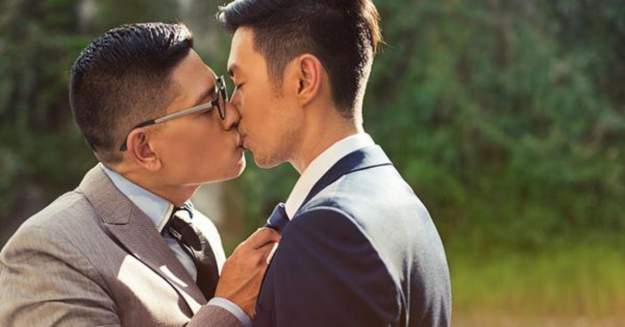 The weddings, which were merely ceremonial as gay marriage is still illegal in the country, were held by the Lesbian, Gay, Bisexual, Transgender, and Straight (LGBTS) Christian Church at 8 am, according to Efe which also has video and photos of the event.

The Church holds this mass wedding every year to give LGBTQ citizens the opportunity to at least participate in the wedding ritual.

While the Philippines is considered one of the most LGBTQ friendly countries in Asia, including the passing of an LGBTQ nondiscrimination law back in September, it is still fairly conservative. The mostly Catholic country is run by conservative laws that not only ban same-sex marriage but also abortion and divorce.

That said, same-sex marriage has a chance to become legal very soon in the Philippines. 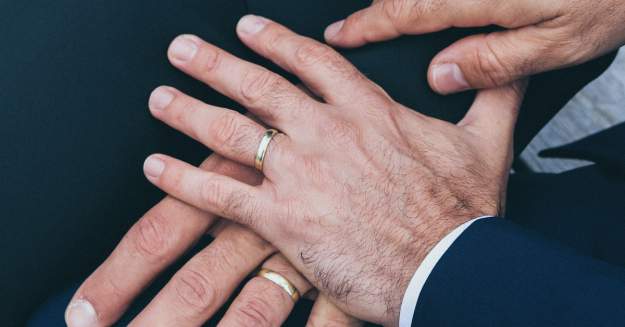 The country’s Supreme Court is in the middle of hearing a case on whether they should change the 1987 law that states marriage is between men and women.

Jesus Falcis III is one of the co-plaintiffs leading the case for marriage equality.

“When the right to marry, a decision so personal, so intimate and so life-changing, is denied to LGBT people, the state is not valuing their dignity,” he told the Justices on Tuesday (June 19).

That said, Falcis is still new to world of law as he filed the initial petition that lead to this Supreme Court case in 2015. When he filed the case, he had only passed the bar a month before.

It seems that Falcis’s inexperience is not boding well for same-sex marriage as he’s already made a mistake and put the entire case in jeopardy.

As shared on Twitter, one justice criticized the procedural flaws made by Falcis and threatened to throw out the entire case on its first day of trail.

“I will be very candid to you as a graduate of the same school, that I am more inclined to dismiss your case,” said Justice Francis Jardeleza, who’s known as a largely liberal justice.

Stunning!!! Justice Francis Jardeleza, one of the most liberal Supreme Court justices (Harvard/UP) explicitly said he was inclined to dismiss.

Other justices warned a badly framed #SameSexMarriage case will actually be a setback, huge risk for LGBT advocates. #FalcisvCRGOrals pic.twitter.com/JdA0e92f8G

Falcis later admitted to his mistake, but said it would be wrong to throw out the case so soon.

“I concede to the wisdom of the Honorable Justice that petitioner alone, even as a counsel in his career, probably made mistakes during the handling of the petition, but we will answer that in the memorandum. Disregarding the mistakes of the petitioner, there are actual LGBT couples in this case who will be harmed if their fundamental rights will not be recognized,” Falcis stated.

We’ll keep our fingers crossed that no further mistakes are made during the trial.