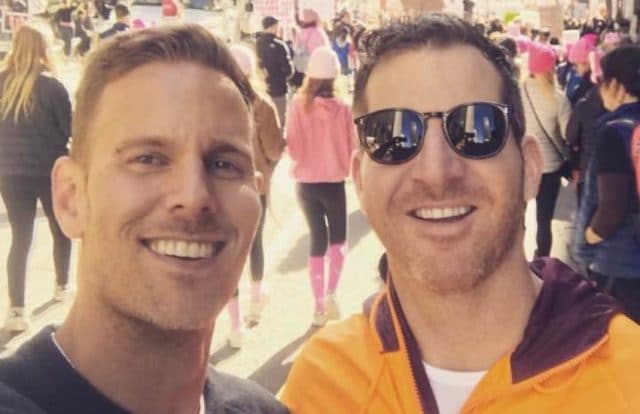 Christopher Landon on newborn son: ‘He is the light of our lives’

The openly gay son of Michael Landon, best-known for playing a dad on TV’s Little House on the Prairie, is now a father himself.
Chris Landon, 42, announced on Instagram today and he and partner Cody Morris, are now the parents of a son they have named Beau Landon Morris.

‘He is the light of our lives,’ Landon writes. ‘Get ready for endless posts…LOL.’

The younger Landon is a filmmaker best known as the writer of 2007 film Disturbia and the last three Paranormal Activity films.
He also wrote and made his directorial debut on the 2010 satirical thriller Burning Palms and directed Paranormal Activity: The Marked Ones.

He is the youngest of four children born during Landon’s marriage to Lynn Noe.

Michael Landon died in 1991 of pancreatic cancer when Christopher was sixteen. He had had one of the most successful careers in television history.

A week ago today, our son was born. Insta meet Beau Landon Morris. He is the light of our lives. Get ready for endless posts…LOL

In addition to nine seasons of Little House on the Prairie, he played Joe Cartwright on Bonanza from 1959–73 and Jonathan Smith in Highway to Heaven from 1984–89.

Christopher Landon came out publicly in 1999.