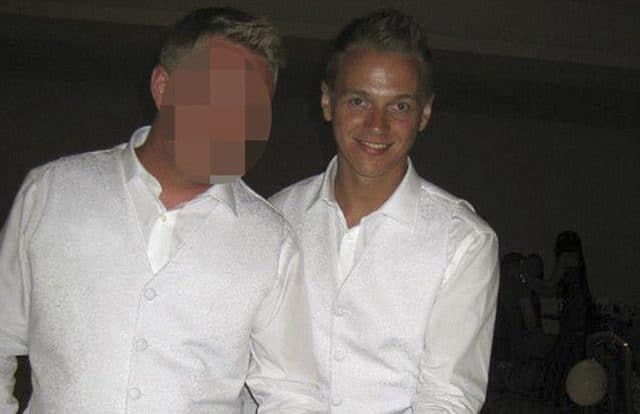 Baby was just 18 months when she died

A gay fitness instructor is accused of assaulting, abusing and murdering his 18-month-old adopted daughter.

Matthew Scully-Hicks, 31, is accused of inflicting serious injuries on baby Elsie before her death.

A part-time personal trainer from Delabole, Cornwall, he denies murdering the baby.

Cardiff Crown Court heard Wales Ambulance Service received a call from Scully-Hicks at about 6.20pm on 25 May.

He reported Elsie was unresponsive. Receiving first aid from paramedics, she was taken to the University Hospital of Wales where she died on 29 May.

‘It is the prosecution case that the injuries that caused Elsie’s death were inflicted upon her by the defendant shortly before he called the emergency services on that day,’ Paul Lewis QC said, according to Press Association.

‘We allege that his actions on the late afternoon/evening of May 25 were the tragic culmination of a course of violence conduct on his part towards a defenceless child – an infant that he should have loved and protected, but whom he instead assaulted, abused and ultimately murdered.’

Doctors found Elsie had suffered bleeding on both sides of her brain. There was evidence of both recent and older bleeding in her brain.

Hemorrhages were also found in front of both of Elsie’s eyes.
A post-mortem examination also revealed Elsie had suffered several broken ribs, a fractured left femur and a fractured skull.

Scully Hicks has no criminal convictions.

Couple wanted to be parents since 2012

The couple married in Portugal in August 2012, and wanted to become adoptive fathers later that year.

Elsie was removed from her biological mother, a drug user, within days of her birth on November 2014.

She then went to live with the Scully-Hicks in September 2015, aged 10 months, and the couple formally adopted Elsie on 12 May 2016.

Elsie’s ventilator was turned off in the early hours of May 29 and she died at 2.05am.