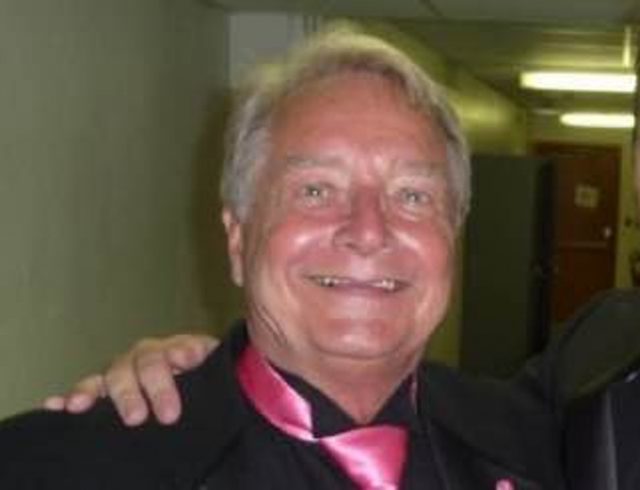 Chuck Redding, 75, tells Gay Star News about being attacked by an angry stranger.

A 75-year-old gay Florida man says he was pulled from his car and beaten to the ground in the name of Donald Trump.

Chuck Redding of Sarasota describes the incident this way: ‘He yanked the door open, dragged me out, ripped my shirt. I was on the pavement. He kept saying, “You know my new president says we can kill all you faggots now.” Redding tells Gay Star News he noticed he was being followed home Monday (14 November) from a local bowling alley ‘extremely close’ by an SUV – possibly because he has pro-marriage equality and Human Rights Campaign bumper and window stickers on his car.

He initially didn’t think anything of it except there was ‘a jerk’ who was following too close.

But as he pulled on to his street he noticed the SUV creeping even closer knew something was very wrong.

Redding parked his car in the middle of the street in front of a neighbor’s house and says the driver instantly appeared outside his car door and started banging on the window.

Unfortunately, Redding had not locked his door.

‘He yanked the door open and dragged me out, ripped my shirt. I was on the pavement,’ Redding says.

He has been left with a cut hand swollen to twice its normal size, a badly bruised arm, a ripped toe and scrapped knee.

The attack stopped when the neighbor came out and yelled. The attacker ran to his SVU and backed down the street at about 45 miles per hour.

Redding ran after the vehicle but was unable to get the license plate number. He filed a report with police and describes the attacker as a Latino in his late 20s or early 30s with a beard and mustache.

Redding, who has had a defibrillator implanted for 20 years, went to the hospital for treatment and is expected to fully recover.

A former flower shop owner, He makes extra money this time of year wrapping Christmas presents for people. But he is unable to do the work for awhile with his hand so injured.

Although shaken, Redding has no plans to hide who he is and has rejected a friend’s suggestion that he removed the pro-LGBT stickers from his car.

‘I’m not,’ he says. ‘In fact, I’m going to look for a larger sticker.’
If he was able to be face-to-face with his attacker now Redding would ask: ‘Who the hell are you? What did I do to you? Why did you do this to me?’