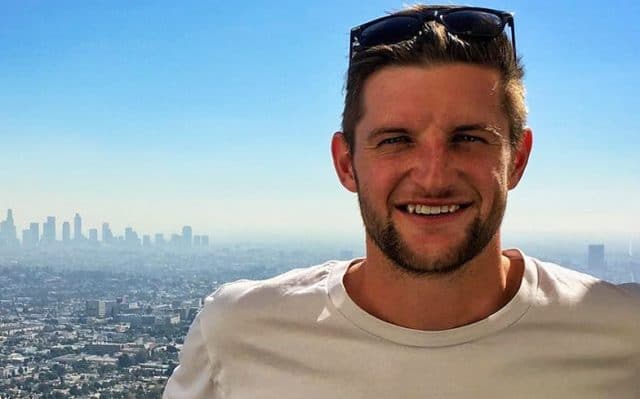 The 26-year-old former Newcastle Jets star, who now plays for National Premiere Leagues club Green Gully SC, became Australia’s first professional male footballer to come out as gay while still playing the game back in May.

In an op-ed for Professional Footballers Australia, the athlete explained that it has “taken a long time” to get to a place where he can be open about his sexuality, and that he wanted to come out to feel “comfortable” with himself.

“I couldn’t be happier that despite taking so long, ruminating over this decision for so many years and being entirely unsure about myself, I can finally come out and say it. I’m gay,” he wrote at the time.

Now, he’s spoken to The Daily Telegraph about the reaction he’s had since coming out as gay, revealing that he’s only had positive responses and that his life is “so much better” now.

“I’ve had no problems with opposition fans either, everyone’s been really supportive. The way it’s affected my life has been only positive, it’s been so much better.”

While his coming out experience has been a positive one, Andy says he understands why other pro athletes choose to stay in the closet.

“I pushed it away because I didn’t think it was normal, and thought people would judge me. And like I wouldn’t be able to play football and be friends with the same people. I thought it would change my life completely,” he explained.

“People throw in derogatory comments about gay people, and you think you can’t be yourself around them. I’ve heard mates say things several times, and they would have no idea about how I felt.”

Andy admits that he has overheard homophobic slurs used by teammates on a couple of occasions since coming out. While they’ve never been aimed at him, he believes education is the key to stopping this from happening.

“The more people that come out the better, and then education is paramount,” he says.