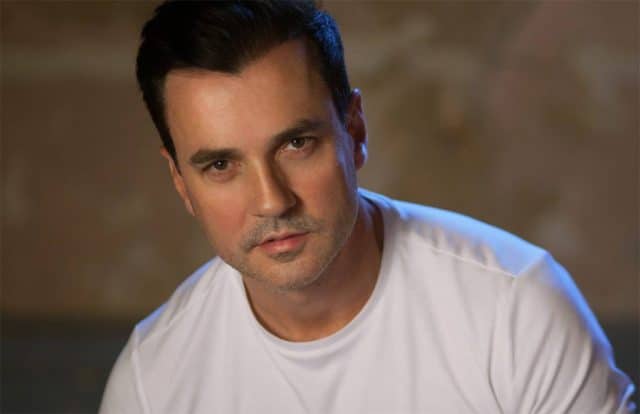 Billboard Entertainment Group President John Amato said: ‘We are all mourning the loss of our friend and colleague Tommy Page.

‘He was a magnetic soul and a true entertainer.

‘Our thoughts are with his family,’ Amato said.

Page topped the charts with his single I’ll Be Your Everything in 1990.

He also had a number one album in the US named Paintings in my Mind.

He later went on record nine studio albums and continue to tour regularly.

‘Ever since childhood, I’ve had big aspirations for my music career,’ Page said in 2011.

‘In the inscription below my senior picture in my high school yearbook, I actually wrote ‘Billboard charts, here I come!’ — a hopeful pipe dream from an ordinary Jersey kid,’ he said.

Met one of my idols last night in Las Vegas. Celine is a sweetheart. @celinedion pic.twitter.com/koyfSa3Oor

Page is survived by his husband Charlie and their three kids.
In 2015, Page joined Cumulus Media as senior vice president of brand partnerships.

Page also served as VP of music partnerships at the Village Voice.
Tommy Page made a cameo appearance on TV show Full House. 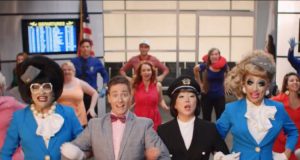 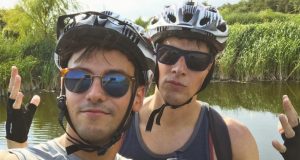 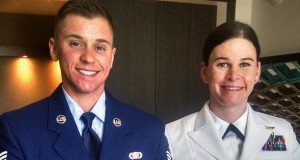 The first clinic for transgender veterans was opened in the US

Nick Gayer
0
The Department for Veterans Affairs cared for transgender veterans and opened the clinic for them, that became the first one for the US. Hormone therapy and specialized mental...