Home Gay Life Gay guy called ‘greedy f***ot’ by his bosses after asking for his... 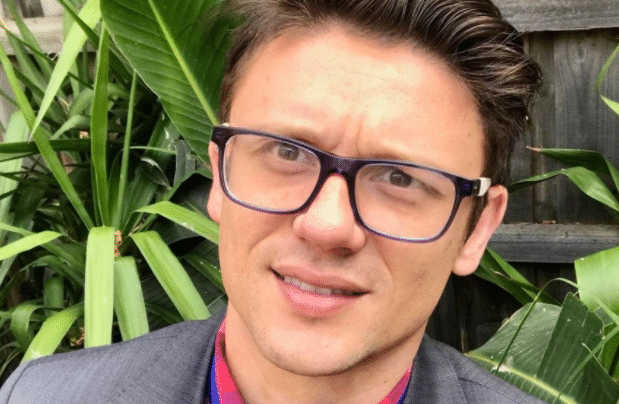 Glenn Hall worked as a marketing director in the southern city of Melbourne.

He claimed staff routinely excluded him and made homophobic comments about him.

One of the company’s directors even allegedly called him a ‘greedy faggot’ when he asked the company to pay his entitled bonus.

‘Those two words completely destabilised me, they left me powerless.’ Hall told the Herald Sun.

Hall posted a photo of text messages between his fellow employees where they used homophobic and violent language towards him on social media. 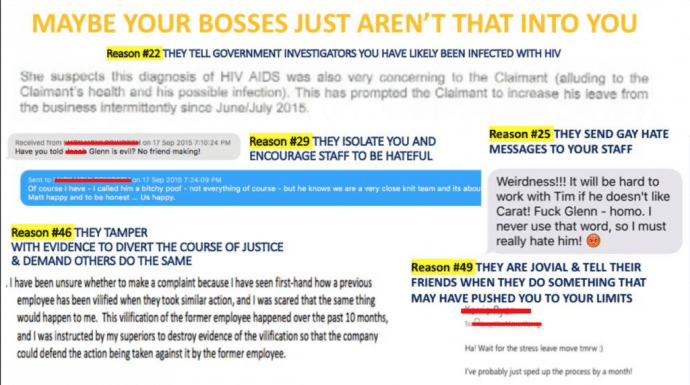 One of his colleagues allegedly even said ‘I wish there was a gun emoticon’ when referring to Hall.

Hall said the effects of the bullying have left him with depression and has thrown his career completely off track.

‘The incidents have completely eroded the career path I had spent years working towards,’ he said.

‘I know I didn’t do anything to deserve it and I try to tell myself that there isn’t something inherently wrong with me, but it’s difficult to believe because I feel like a failure—certainly like I’m less of a person.

‘I feel like I’m living in the past as I am often replaying these moments in my head. It’s torture.

‘Other times I feel defeated, powerless and alone.’

Hall has decided to sue his former employer for the effects of the alleged bullying. He’s claiming damages, which includes AU$450,00 (US$345,238) for his unpaid bonus.

Gay Star News has reached out to Hall for comment.