Home Gay Life Gay guy comes out and admits his feelings to his straight friend,... 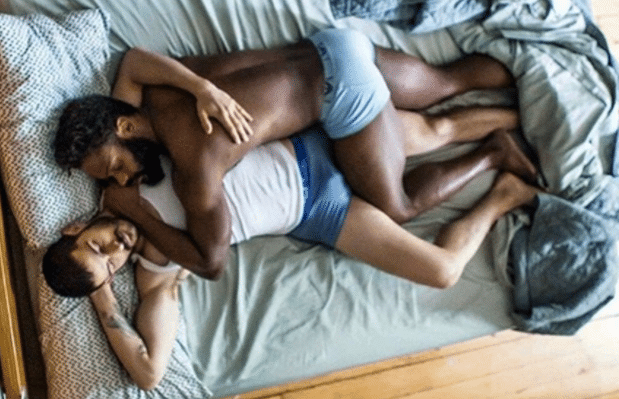 ‘Maybe I’m gay but I’ve never had a chance to express it? I really don’t know. I feel like I owe it to him to at least try this relationship.’

When a gay guy is closeted and starts to have feelings for his best friend, coming out to him can be the scariest thing in the world.

But thankfully one straight guy reacted in the best way possible.

Gay guy comes out (and admits his feelings)

Writing on Reddit, a 20-year-old said: ‘I’ve known him since we were six years old. We’re super close to each other, I don’t remember the last time we didn’t talk to each other every day.

‘I never thought during our 14 years of friendship he would have feelings for me considering he never expressed having an interest in guys.

I’ would say our friendship is a lot more touchy than average. We regularly hug and touch each other’s shoulders. I’ve slept with him before during high school sleepovers in like the most innocent non-homosexual way.’

But then his friend came out to him.

‘This is a complete shock for me. I’m lost for words, I don’t know what to do. I love him, he’s always been a brother to me. I don’t want to lose him, he means a lot. I’ve made so many happy memories with him,’ he said.

‘We’ve been through so many shitty things together. I remember I almost died of appendicitis. He missed a day of school to meet me in the hospital, we cried together and comforted each other.

‘I know how our relationship will never be the same since he came out to me. I feel fucking terrible knowing my best friend loves me in a way I can’t love him back.’

He said he had no idea how to handle it, and he even considered being in a relationship with him.

‘I don’t want to lose him, but I also know it’s cruel to lead him into a relationship,’ he said.

‘Friendships like this are once in a lifetime right? I mean, I could try it out with him. I’ve never been averse to being gay it’s just something I’ve never thought of before.

I really don’t know if we can keep our relationship. I want to so badly but I know how fucking painful it must be for him to have someone he’s loved his whole life not reciprocate his feelings back.

‘Maybe I’m gay but I’ve never had a chance to express it? I really don’t know. I feel like I owe it to him to at least try this relationship.

‘I honestly cannot see myself cutting him away from my life. I don’t know what it’s like to live on this planet without him.’

Commenters asked about whether he had explored feelings for men.

Ultimately readers advised to not to talk himself into a sexual relationship, but to do everything he could to carry on the friendship.

How did the talk go?

‘We finally talked about it yesterday. The first thing I told him was our friendship is in no way affected by his sexuality, and I still loved him like a brother. I told him I didn’t have the same feelings for him as he does for me,’ the Redditor said in an update.

‘He said he knew I wasn’t gay, but he just had to get it off his chest. He told me our friendship was worth more than anything in the world to him and he wanted to keep it that way.

‘I asked him if he needed time away from me to process his emotions, he said he was completely fine with me not reciprocating his feelings and expected it anyways.

‘He told me it was just something he needed to do to finally open up. I told him I was extremely happy for him coming out to me first, and I would support him in any way.’

‘I believe his confession has strengthened our relationship’

He added: ‘I’m extremely proud of my friend, I believe his confession has strengthened our relationship.

‘We’ve been talking to each other since yesterday, and he’s still the same person I’ve known for 14 years. His homosexuality hasn’t made our friendship awkward or anything.

‘He said he’s going to start being involved in the gay community starting next week. I’m so happy and proud of him. I hope he finds a man who gives him the love he deserves.

‘I have no clue why in my original post I thought our friendship was going to end. 14 years of friendship doesn’t just end for a reason like this.

‘I’m so fucking happy the way this situation turned out. It was pretty much the best case scenario.’