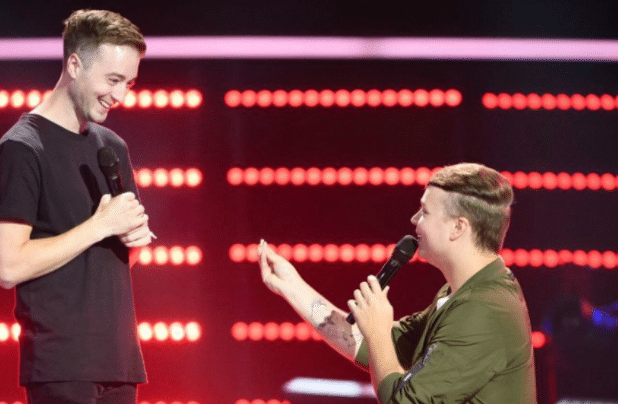 Kelly Rowland offered to sing at their wedding

Six months ago same-sex marriage wasn’t legal in Australia, but now that it is, cute marriage proposals are happening everywhere including on The Voice Australia.

The reality TV singing competition has just started a new season in Australia with the blind auditions happening in the latest episode on Sunday (29 April).

Brake was a hit with judges, Joe Jonas, Kelly Rowland and Aussie pop star Delta Goodrem all hoping to get him on his team. Boy George is the fourth judge on this year’s season.

But before Brake chose which judge’s team to join, he announced ‘I’ve also made another decision’.

He then called for his partner of six years, Mitchell, to be brought onto the stage.

‘I just wanted to bring you out here because we’ve had a beautiful six years together,’ Brake told Mitchell on stage.

‘You’ve been a constant support, so I just wanted to ask you, will you marry me.’

To which Mitchell replied: ‘Yes, of course’.

The judges then ran up to the stage to congratulate the pair, as the crowd wildly cheered them on.

‘That was so beautiful. I love an unexpected proposal,’ Boy George told the pair.

Rowland then promised no matter which judge Brake chose, to keep her ‘name on the wedding list’.

‘Because I will perform ‘When Love Takes Over’ at your wedding,’ she tells Brake.

Brake eventually chose to join Goodrem’s team, but the significance of his proposal must not be underestimated.

‘We were quite affected by it (the postal survey), just in the sense that there’s a lot of divisiveness around,’ he told 9now.

‘There was a lot of negative things being put out there that weren’t necessarily true.’

Brake hoped his proposal could make a difference to a young LGBTI person.

‘I’m very grateful to be in a time where I’m able to stand on a stage like that and propose to the person that I love and share it with so many people because that’s something that I never got the chance to see growing up.

‘If I can help one child just watching. One kid, just sitting there, feeling different, feeling like they’re not good enough, to be able to see that moment and go, “You know what? I can take control of this and I can make a change or this is okay” then what more could I ask for?’ 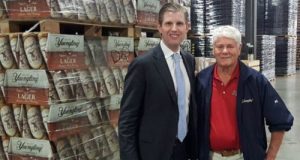 Nick Gayer
1
Donald Trump has been damaging his own brand with his bigoted, xenophobic, gaffe and scandal plagued presidential campaign, and the fallout is starting to... 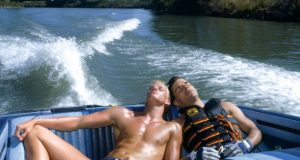 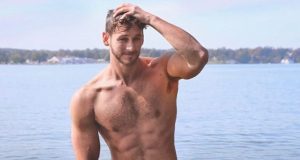