Home Fun Gay Guy Texts His Friend’s Mom For Permission To Sleep Over, Her... 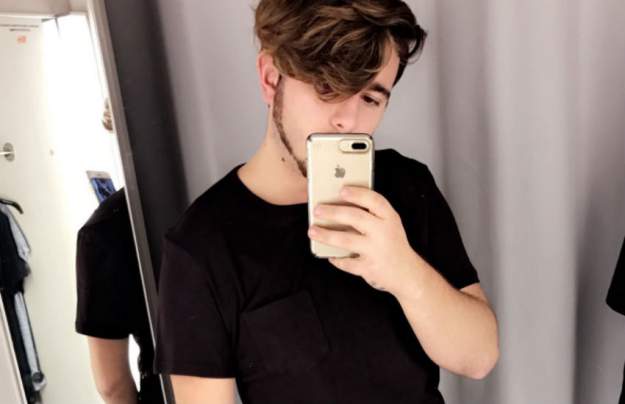 Remember when you were young, and had to get parental clearance to sleep over at your friend’s house?

Thanks to modern technology, that’s all been made much easier.

For instance, when Mason Barclay wanted to sleep over at his best friend’s house, he simply sent a text.

Knowing his friend’s mom forbid her daughter from having opposite sex sleepovers, he wrote:

“This is Mason Brian Barclay, I am one of Houston’s new best friends. If she had people over on Friday, would I, a very homosexual male, be able to take part in the sleepover?

“I think the common meaning behind only allowing the same sex to share sleepovers is due to the typical interest in the opposite sex, when in this case, I do not like the opposite sex.”

“Well, my husband is hot. Should I worry?” 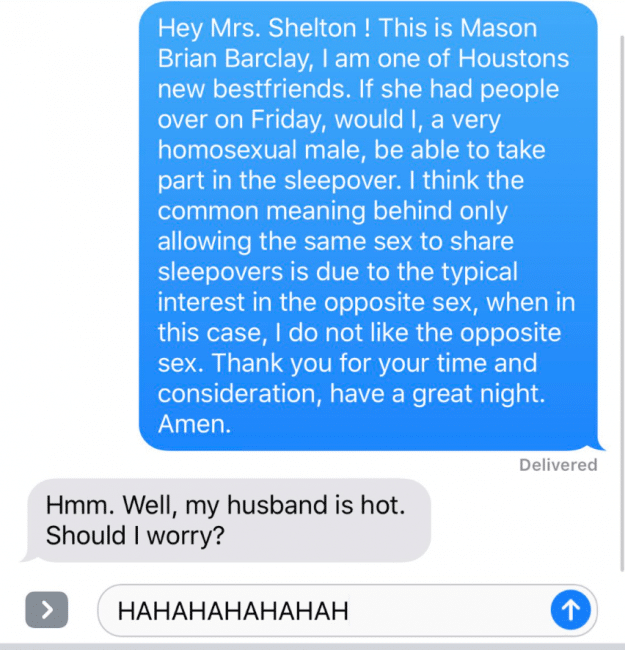 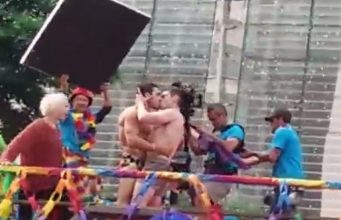 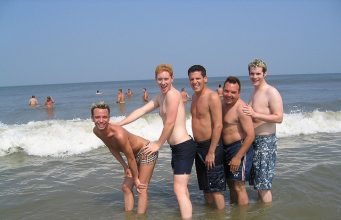 PHOTOS: The World’s Best Gay Beaches, According To You 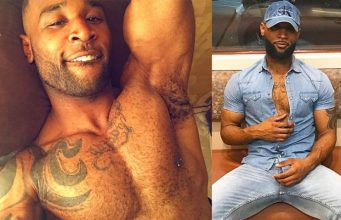 Meet Jay Borders: The sexy model who bulges in all the right places