Today, we have for you the first 4 Zodiac signs, totally according to what science says, completely unbiased and extremely serious and researched.

Aries is the most advantageous sign to be born in. Clinically tested and approved. Unlike other pussies out there, Aries guys are pure fire and masculine energy. Hell, even Aries girls are manlier than all the other signs put together. You just don’t mess with an Aries. It is not a new thing that we are stubborn, which means that even when we’re not right – that’s right – we’re still fucking right! We don’t give a rat’s ass about thinking and analyzing the outcome of any situation. I mean what the fuck does that even mean? We chose the path-to-go and just take it, motherfuckers. Caution is for pussies. When we hit the wall we don’t take a time to analyze and look for alternatives, not because we couldn’t find them, but because there’s always the option of ramming the crap out of that wall. Yea, it’ll eventually go down. I mean, we’re so cool we even get it on skin.

Whenever we’re being put in some complicated situations, things can grow up to be really confusing. We don’t like confusing. When that happens we dive head first and fuck the outcome. We want results, not precautions. Precautions take you nowhere, dude. They’re a waste of time and efforts. When we’re thinking our head hurts.

Overall, Aries rules the Zodiac right now. If your born in Aries, you rock. If not, fucking do something about it because that’s lame. I don’t know, get born again, just do something!

Gay celebrities who are Aries:

American actress, the star of the film Sex and the City Cynthia Nixon.

Well, this is a sign that says you should be wearing gloves when dealing with it. You will be horned immediately if you don’t. Contrary to what you might think, Taurus is a pretty affectionate individual and once it grab hold of you, you will be feeling like there’s a red cape attached to your behind. You won’t be able to shake off that fucker.

Taurus doesn’t like any change so once he’s settled on something, he’ll go for it no matter what and he’ll stick to it for as long as he wants to. You got cars, money, jewelry and all sorts of similar goodies? He will be all over you, because that’s how loving he is. He also doesn’t like to let go of his possessions and does his best to accumulate as much as possible. What? No, that’s not greed. It’s…it’s determination.

He works the same way in the thinking process. Once he has reached to an idea, regardless whether it is good or bad, you cannot alter it. He loves his ideas. A bad idea is a good one when he thinks of it. That’s how intellectuality works. Fuck off! Ok, so maybe there have been some Taurus individuals who have canalized their ideas in an unhealthy way. You know, like Hitler. But he’s not representative. He was just a raging bull with inferiority complexes. Moving on.

Gay celebrities who are Taurus:

If you were to describe Gemini’s life’s motto, that would be “Chill bro’!” In other words, Gemini will teach you how not to give a fuck in a world where everybody give too much. There are too many fucks out there. Gemini will give none. They have no obsessions, no mania, to passions, and no hobbies. Also, they hate stupidity, clumsiness and sloth and they cannot be touched by any bad physical emotions. It all relates to the not-giving-a-fuck ability, remember?

He will not impose anything on other, as he believes you cannot change anyone’s mind, which can be translated by not giving a fuck about what everybody else thinks or does. Which makes him a potentially perfect politician.

Gay celebrities who are Gemini:

This sign has diplomacy written all over it. He is a bit emotionally unstable and he feels the need for protection and stability. Researchers said that this may be due to missing one of his parents. Subconsciously. So next time you’ll find his father in bed with you in the middle of the night, don’t freak ok, out? Or you may freak out if that’s what you want but, hey, respect his feelings please!

Cancer is superstitious, is sensitive to Moon phases and manifests sudden mood changes that come and go and he is discreet and obsessive about keeping the traditions. He is also able to transfer his mind into others’ bodies. Ok, I just made that up. But hey, it is not that farfetched once you read his previous character traits, right? Fits right in.

Also, there are a ton of interesting things to know about his sentimental range. So, he’s at the same time insecure but an adventure seeker in the same time, he is calm and cool, but bursts like a firework when pushed around, fragile, sensitive, temperamental and impatient so…it’s best not to think about it too much.

Oh and I forgot to add – he’s doesn’t taste jokes that well, because he gets easily offended. Which is funny.

Gay stars who are Cancer:

Do you know some other gay celebrities who are Aries, Taurus, Gimini or Cancer? Then share with us! 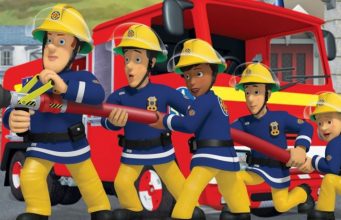 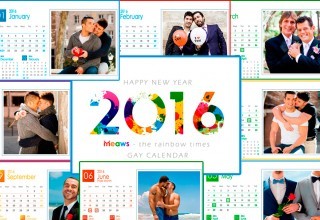 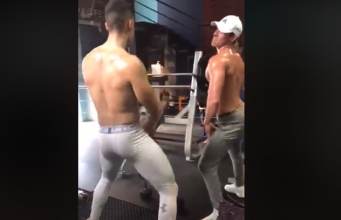 Hunks Twerk In The Gym!