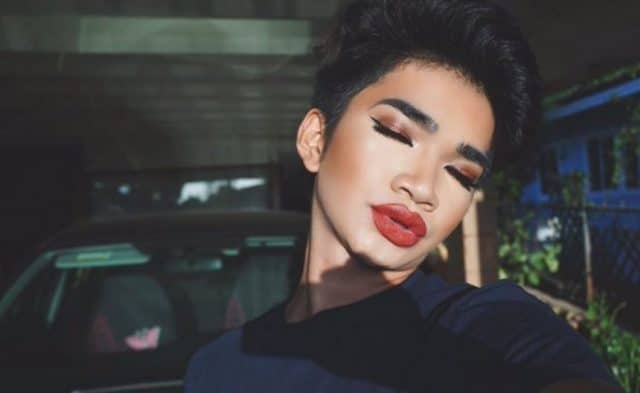 What are the best ways you’ve seen life deal amazing karma to someone who deserves it?

They say you should be careful of what you say to your school peers, because you never know what they’ll turn out to be.

One teen, Bretman Rock, is a make-up star on Instagram.

He has nearly 10 million followers on the social media platform.

As a 19-year-old Filipino who relocated to Hawaii, his legions of fans have given him a career only some people could dream of.

Rock decided to go to his local Starbucks. Ordering his typical order, he was surprised to see the barista in the green apron was someone he recognized.

‘Some boy that use[d] to bully me everyday just served me my Starbucks drink…. crazy how life works huh,’ he posted on Twitter.

The social media star was dragged for implying that working at the international coffee chain was a bad thing.

One fan said: ‘But there’s nothing wrong with working at Starbucks???? You probably have fans who work there too. What does that mean? Lol’

Another said: ‘But you’re barely out of high school. Not everyone can be famous right outside of school. He’s taking his time and doing his thing, don’t shit on him for taking a different route to get money than you are. That’s pretty low.’

Rock responded: ‘Y’all always got something to be sensitive about ain’t nobody said working at Starbucks was wrong….. the fuck …’

‘My point is- if you’re gonna call someone a faggot everyday and make them feel worthless… then you better make sure you are actually somebody.’

But other fans were supportive.

The beauty queen was named one of Time magazine’s most influential teens in 2017.