Home Gay Life Gay Iraqi Soldiers In Love Were Forced To Flee Their Country, Amid... 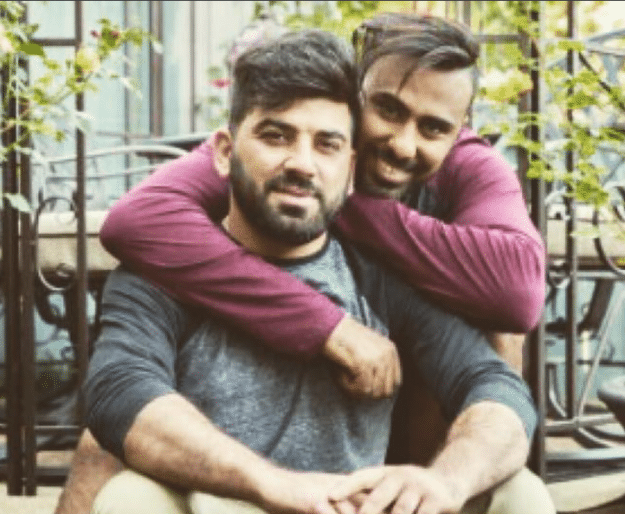 You may recall former Iraqi soldiers, Nayyef Hrebid and Btoo Allami, the subject of the recent documentary film, Out of Iraq.

The film chronicled the history of their relationship, starting with when they fell in love during the Iraq war, to then being separated for many years, before eventually being granted asylum in the west, and ultimately, getting married.

The couple, who currently reside in Seattle, work with LGBT youth who have similarly fled from the middle east, in search of a better life.

Earlier this year, they spoke to Ellen DeGeneres about their documentary.

And now, they’ve sat down to share more of their story with CNN.

A decade ago, amid war, Nayyef and Btoo found each other and fell in love.

At the time, Btoo was a sergeant in the Iraqi military, and Nayyef was working as a translator for the United States Marines.

But when they first met, neither one knew the other was gay.

In part, that can be attributed to the terrible reality Iraqi LGBT people face each day. Verbal and physical harassment, beatings, and violent murders are all common, the report states.

Nevertheless, two weeks after they first met, Btoo told Nayyef that he loved him.

Although Nayyef didn’t verbally respond, he pulled Btoo in for a kiss.

From there, the couple’s love blossomed. But because going public with their relationship could have deadly consequences, the men kept their excitement to themselves.

Things were fine for a moment, but when Nayyef was identified as gay, and a translator for the US armed forces, his name was added to a militant hit list posted on the streets of Ramadi, Iraq.

Having decided he was no longer safe, Nayyef applied for asylum through a program that gave preference to Iraqis and Afghanis who translated for the US government, overseas.

It took eight months, but his application was eventually approved.

Nayyef left for Seattle in December 2009, and for time being, Btoo would stay behind.

The couple would remain in touch by communicating via Skype. But during one such conversation, Btoo’s family overheard that he was gay.

At once, he no longer felt safe, as his relatives, “accused him of bringing shame to the family, and wanted him killed.”

For this, Nayyef sent Btoo enough money so he could flee to Lebanon.

While Nayyef struggled to make money in Seattle, Btoo would sink into a depression.

The couple would continue to Skype, as a way to maintain their relationship. But one year after his relocation, Btoo would begin to file for asylum with the United Nations refugee agency.

One year later, on Valentine’s Day 2014, the couple got married at a courthouse in Vancouver.

And thankfully, since Washington state recognized same-sex marriage, Nayyef was able to apply for a visa for his husband.

In March of 2015, Btoo finally was able to move to Seattle. And in August of the same year, the couple had their “dream wedding,” attended by their closest friends.

Settled together, Nayyef would go on to become a kitchen specialist at a home improvement store, and Btoo would find work doing maintenance for a residential building.

In their spare time, the couple works with LGBT people who’ve fled the Middle East, to help them get into schools, and to find jobs.

For much more detail on their incredible story, head to CNN.