Home Gay Life Gay landlord pleads guilty to having sex in tenant’s bed while they... 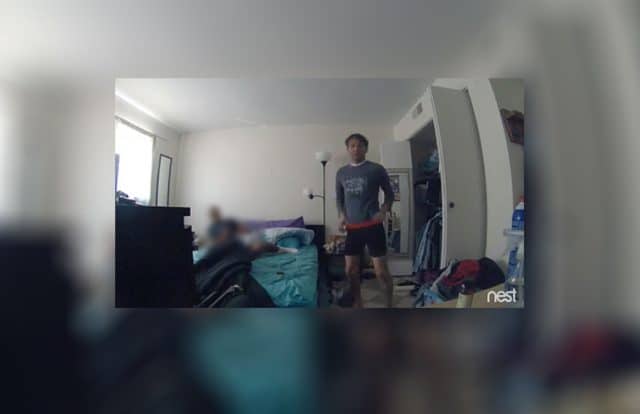 A couple caught their gay landlord having sex with another man on their bed while they were out last December.

The landlord, 39-year-old Carlos Quijada-Lara, pleaded guilty after shocking footage captured him in the act.

According to the police, the couple’s Nest system – made up of four motion detection cameras – caught all the action.

Because it serves as a security system, Pierce received an alarm on his phone, saying the Nest system had detected noise in the apartment.

When he went to check the video feed, he saw his landlord and another man having sex on their bed.

When finished, Quijada-Lara’s partner wiped his genitals with the dress DiGiulio wore when she married Pierce last March.

Pierce and DiGiulio said they moved out of the apartment soon after they caught their landlord using it for hook-ups, but not without sending the tape to police.

Quijada-Lara made a plea deal with police and is due for sentencing on the felony count on 22 September.